We're off to see the Wizard, but...
not the one with Judy Garland in it 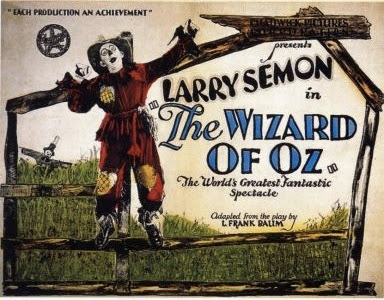 Original promotional material for the silent film version of 'The Wizard of Oz.'

Some say it's enough to drive one to drink. So I'm glad we're showing it in a brewery.

It's the silent version of 'The Wizard of Oz' (1925), which I'm accompanying tonight (Sunday, June 4) at the Aeronaut Brewery, 14 Tyler St., Somerville, Mass.

There's a press release below with more info on the film, which is nothing like the familiar 1939 MGM musical version starring Judy Garland.

Instead, the silent 'Wizard' was produced as a vehicle for comedian Larry Semon, who used the Oz characters to create a smorgasbord of slapstick.

The result was a picture that for years has been known as one of the silent era's great misfires. Its studio, Chadwick Pictures, ran into financial troubles the year it was released, and was unable to distribute prints to many locations. It fared poorly at the box office, and among the few who attended, it disappointed Oz fans due to scant resemblance to the stories by author L. Frank Baum.

Today, an interesting thing about the film is the reaction of people when they learn there is a silent 'Wizard of Oz.'

It's that same look of baffled puzzlement you get when you mention the silent films of W.C. Fields: How is that even possible?

But then you have to remember that so many stories got their first big-screen treatment during the silent era.

Other examples abound. A lesser known one is the silent 'Peter Pan' (1924), created with input from author J.M. Barrie himself, and which still holds up well.

Heck, there were even performers in the silent era with the same names of later stars. 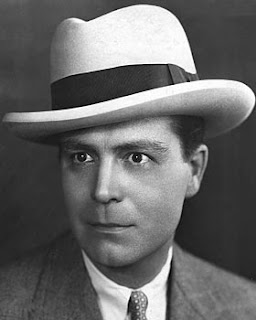 How about the silent Harrison Ford? (That's him on the right.) Or the silent James Mason, anyone?

But as so often happens, not every original screen adaptation hit the mark.

In the case of Semon's 'Wizard of Oz,' the film has come down to us with a reputation as a disappointment. And how could anything really compare to the magical musical version that Hollywood produced not much later?

But I included the silent 'Oz' in a recent program in Wilton, N.H., and was surprised to find it greeted by continuous hearty laughter and even applause. People really enjoyed it!

Maybe it's taken nine decades for the silent 'Oz' to find an audience. I don't know.

But I've decided to start trying it out in other venues, including the Aeronaut this evening.

We'll see if it provokes anything like the same reaction. And if it doesn't, there's always beer. 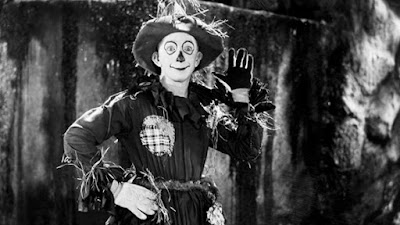 Feature-length Oz epic released in 1925 includes comedian Oliver Hardy as the Tin Man; to be screened with live music

SOMERVILLE, Mass. — You won't find Judy Garland in this version of Oz, or much of anything else that's familiar. That's because it's the forgotten 1925 silent film version of the famous tale.

Long overshadowed by the immensely popular 1939 remake, the rarely seen silent version of 'The Wizard of Oz' (1925) will be screened one time only on Sunday, June 4 at 7:30 p.m. at the Aeronaut Brewing Co., 14 Tyler St., Somerville, Mass.

The program, which will include an earlier short Oz film also based on stories and characters of author L. Frank Baum, will be accompanied by Jeff Rapsis, a New Hampshire-based silent film musician.

The silent version, released by long-forgotten Chadwick Pictures, was intended as a vehicle for slapstick comedian Larry Semon, who directed the picture and played the role of the scarecrow. 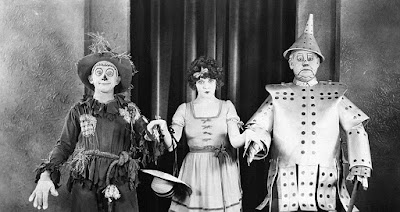 The major departure from the book and film is that the Scarecrow, the Tin Man, and the Cowardly Lion are not actually characters, but are in fact disguises donned by three farm hands who find themselves swept into Oz by a tornado. Dorothy is here played by Dorothy Dwan — Semon's wife — as a young woman. In a drastic departure from the original book, the Tin Man (played by Oliver Hardy) is Semon's rival for Dorothy's affections.

Legend has it that Semon's version of 'Wizard' was so poorly received, Chadwick Studios was forced to file for bankruptcy while the picture was in theaters. In truth, the picture was a modest success, and Chadwick continued to release films through 1928, when the studio shut down prior to the industry's switch to synchronized sound. 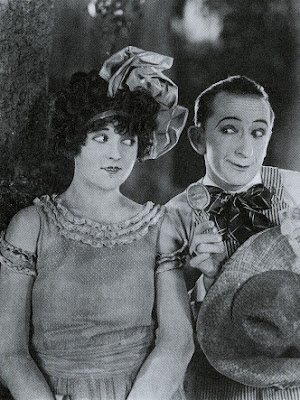 Dorothy Dwan and Larry Semon, real-life husband and wife, in 'The Wizard of Oz' (1925).

The silent version of 'The Wizard of Oz' (1925) and other Oz-related silent films will be shown on Sunday, June 4 at 7:30 p.m. at the Aeronaut Brewing Co., 14 Tyler St., Somerville, Mass. Admission is $10 per person. Tickets are available online at www.eventbrite.com; search on "Aeronaut Brewery." For more info about Aeronaut Brewing, visit www.aeronautbrewing.com. For more information about the music, visit www.jeffrapsis.com.