Three birthday parties were celebrated,
but yours truly received the best gift of all 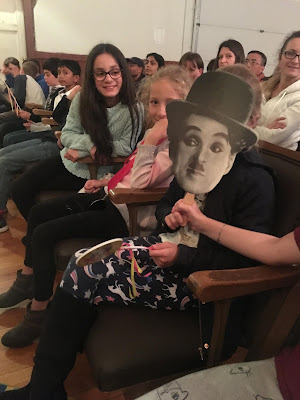 Future fans of past movies at the Essanay Silent Film Museum in Niles, Calif. this weekend.

The big news this weekend at the Niles Essanay Silent Film Museum was not one but three kids' birthday parties at the Saturday night comedy show.

So I got to play 'Happy Birthday' three different times, with each version up a key for dramatic emphasis.

Really, it was a joy to see so many young folks in attendance at a silent film program. And what's more, they reacted.

But the films of the second half — Charley Chase in 'Dog Shy' (1926) and Laurel & Hardy's early 'The Second Hundred Years' (1927) — provoked a reaction that truly soared off the Richter Scale for laughter.

The Chase film, which I'd never accompanied before, is a crackerjack comedy that brought the comedy pot to a high boil. 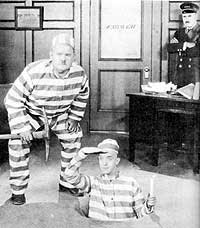 That set the stage for 'The Second Hundred Years,' which I've always felt was Laurel & Hardy lite, or at least unformed, as it's from the time before their characters had been fully developed.

Well, that didn't matter last Saturday night. Seldom have I heard such laughter in a theater! And right from the very start, too. Everything the two did was capital F FUNNY! And everything everyone else did was funny, too.

I love it when this happens, just for the sheer joy of conjuring up laughter from the ghosts of comedians who worked nearly a century ago now. There's nothing quite like it.

But for an accompanist, it's also a gift because once the laughter barn starts burning, there are stretches where it doesn't matter what you play due to the uproarious, sustained laughter.

Really. I couldn't believe the laughs that Stan Laurel could get from using a spoon to chase a cherry around a saucer, again and again and again. Amazing!

So a good time was had by all, including the many young folks who crowded the front rows. What a pleasure to bring a silent film program to life for tomrorow's film fanatics. There may have been three birthdays being celebrated, but I felt like I was the one getting the gift.

Speaking of which, this weekend's performance resulted in a much-appreciated shout-out on Twitter from L.D. Writer, who was in attendance:


"@jeffrapsis was incredible by the way. Easily some of the best silent film accompaniment I've ever enjoyed. Thanks for flying out West!"

No, thank you for such kind words!

I'll be back on the West Coast on Friday, June 28 to accompany a Chaplin program at the Niles museum.

But right now it's time to focus on what's coming up later this week. Performances include a special pre-Memorial Day program on Thursday, May 23 at the Aviation Museum of New Hampshire, and then Harold Lloyd's classic comedy 'Safety Last' (1923) at the Wilton (N.H.) Town Hall Theatre. 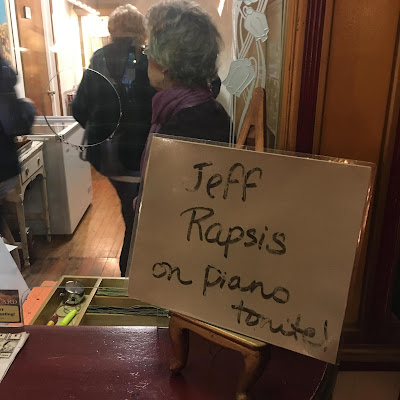 You know you've arrived when your name gets written on cardboard! In permanent ink!