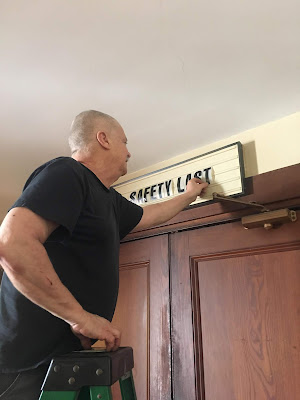 A step ladder and 'Safety Last'...what could go wrong?

With the irony alarm going full blast, I couldn't help but snap a picture as Dennis Markaverich, longtime owner/operator of the Town Hall Theatre in Wilton, N.H., hauled out the step ladder to change the marquee from 'The White Crow' to 'Safety Last.'

But all went well, and a crackerjack screening of Harold Lloyd's 'clock-hanging' comedy soon followed.

This was quite a change compared to last month's turnout of about a dozen souls for a two-part screening of Abel Gance's 5½-hour drama 'La Roue.' Can you imagine?

But with Memorial Day weekend upon us, the pace for silent film screenings will quicken as the summer season heats up.

This coming week finds me accompanying 'Speedway' (1929), a vintage auto race drama, on Thursday, May 30 at the Leavitt Theatre in Ogunquit, Maine; presenting the original Fairbanks 'Zorro' to middle schoolers who staged a theatrical version of the story earlier this year; and then accompanying Gloria Swanson in 'Zaza' (1923) on Sunday, June 2 at the Somerville (Mass.) Theatre. 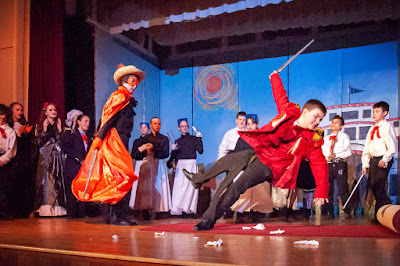 Wonder what a middle school stage production of 'Zorro' looks like? Here it is!

So that's three films in three states in four days, if you're keeping track. I'm certainly not, as it's more fun that way. (Just kidding.)

Later in the month brings more 'Safety Last' and 'Metropolis,' and another quick trip to California for 'Chaplin Days' at the Niles Essanay Silent Film Museum.

But first up is 'Speedway,' an MGM drama about auto racing filmed on location at the actual Indy 500 track as it existed in 1929. Accidental history! And yours to enjoy on Thursday night at the Leavitt Theatre in Ogunquit, Maine. 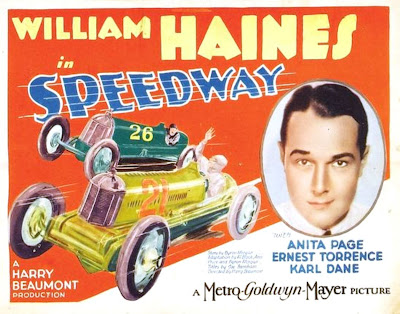 Vintage auto racing thriller to be screened with live music on Thursday, May 30 at Leavitt Theatre

OGUNQUIT, Maine—Fasten your seat belts! We mark the traditional running of the Indianapolis 500 with a vintage race car drama filmed right on the famed track—at speeds topping 115 mph!

In honor of this year’s Indy 500, MGM's vintage auto racing drama 'Speedway' will be screened with live music on Thursday, May 30 at 7 p.m. at the Leavitt Fine Arts Theatre, 259 Main St. Route 1, Ogunquit, Maine.

Live music will be performed by Jeff Rapsis, a New Hampshire-based silent film accompanist. Tickets are $10 per person.

He meets other participants, including Mac (Ernest Torrence), an old-timer with heart trouble who thinks of Bill like a son and has been trying to win the race for 17 years; and Renny, a rival driver not opposed to using dirty tricks to win. 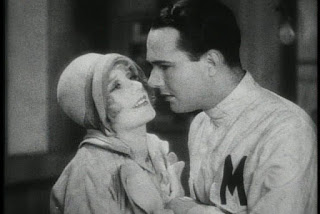 To lend an air of realism to the movie, many scenes were shot on location at the actual Indianapolis 500 track. Today, the footage provides auto racing fans a vivid glimpse of the sport as it was practiced in earlier generations.

Actor William Haines was one of MGM's biggest stars in the late 1920s, often playing the male lead romantic comedies. But off-screen, Haines was gay—and, unusually for the era, did not hide his homosexuality.

Haines maintained his star status at MGM during the move to talking pictures. But a publicity crisis arose in 1933, when Haines was arrested in a YMCA with a sailor he had met in Los Angeles' Pershing Square. 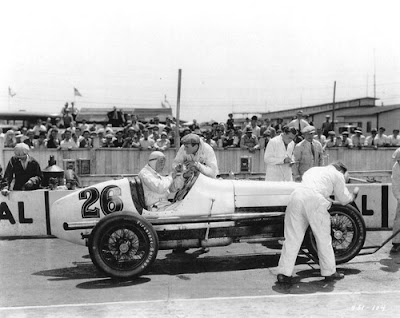 'Speedway' was one of the final silent movies released by MGM prior to the studio's conversion to making talking pictures.

'Speedway' is the first in this summer's series of silent films presented with live music at the Leavitt. The series provides local audiences the opportunity to experience silent film as it was intended to be shown: on the big screen, in good-looking prints, with live music, and with an audience.

After 'Speedway' (1929) on Thursday, May 30 at 7 p.m., other programs in this year's Leavitt silent film series include:

• Thursday, June 13, 7 p.m.: 'Safety Last' (1923) starring Harold Lloyd. The iconic image of comedian Harold Lloyd dangling from the hands of a downtown clock is only one small piece of a remarkable thrill comedy that has lost none of its power over audiences.