Snowstorm vs. 'Birth of a Nation': Snowstorm wins 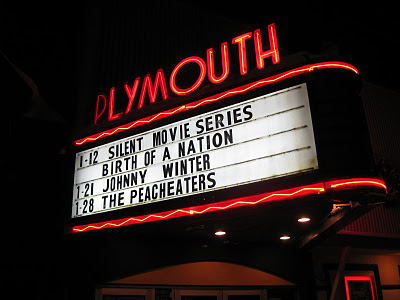 There's been a noticeable lack of snow in our part of the world (northern New England, U.S.A.) this year—until today, when about 3 to 6 inches finally fell across New Hampshire. And that led to a noticeable lack of audience for this evening's screening of 'The Birth of a Nation' in Plymouth, N.H.: a grand total of FIVE people showed up, even though the snow had stopped by early afternoon.

We haven't been getting big turnouts for the Plymouth screenings, which take place at a renovated venue called the Flying Monkey Moviehouse and Performing Arts Center. But even so, five people is pretty dismal. It probably was the storm, but other factors entered into it as well: the local college (Plymouth State University) is on winter break; everyone here is still recovering from New Hampshire's first-in-the-nation presidential primary this past Tuesday; race is not exactly a hot-button issue in New Hampshire, which has about 12 black people in it.

Still, the show must go on. Or should it? One thing we emphasize is that for silent films to have their intended impact, they really must be screened with an audience—the larger, the better. Well, five people is better than four or three, I suppose, but still it ain't much to work with. 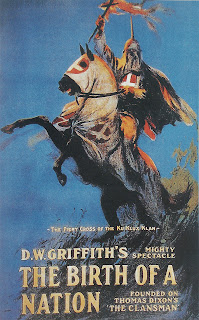 So we took a poll. Before the screening, I asked our attendees (who all sat way in the back of the 400-seat theater for some reason) if they'd like to agree to come back on another date when we might have a better chance at a bigger turnout. I mean, we sometimes do get sizeable audiences in Plymouth—most recently a healthy crowd of 100+ for a pre-Halloween screening of 'Nosferatu' (1922).

We talked it over, but my sense of the room was that they had ventured out to see 'The Birth of a Nation' and, by gum, that's what they were going to see. So off we went!

I don't mind playing for such a small crowd, really, but with an audience that small, the reactions tended to be non-existent. And because of that, the screening had a kind of "if a tree falls in the forest, does it make a noise?" feeling to it. It really wasn't the same as what happens with a bigger crowd is on hand.

I was also reminded of the importance of using the bathroom prior to embarking on a 2½-hour film. Prior to the screening, I sauntered down the block to the Mandarin Taste Restaurant, where I had Chicken Lo Mein and something like six cups of tea. (I had the whole pot to myself, and I was cold, and the tea was warm. What can I say?) Then, about an hour into 'Birth of a Nation,' it hit me—I had to pee really bad, but we were still fighting the Civil War onscreen, and weren't even close to Lincoln's Assassination. Damn!

So I just coped as best I could, that's all, though the playing might have had a slightly rushed quality to it. While all this was going on, I remember thinking to myself about one consolation: "Well, if I end up wetting myself, at least it'll only be in front of five people."

And now I've just checked my fortune from the fortune cookie I received at the end of the meal. It says this: "Only tears can bring a dreamer back to earth." 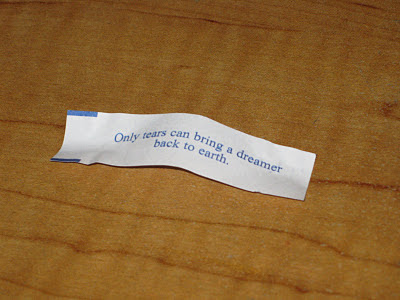