Coming up: Two separate screenings
of Fritz Lang's 'Woman in the Moon' 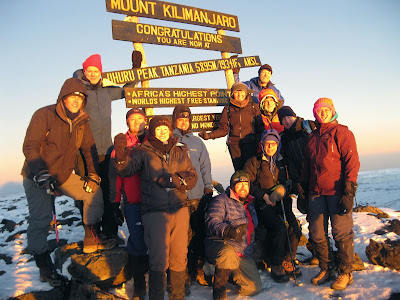 Okay, I'm back in silent film mode after three weeks in Tanzania, a journey that included a 10-day expedition to the top of Mount Kilimanjaro.

All 12 members of our party made it to the 19,341-foot summit, the highest point on the African continent. I'll post a full account of this adventure as soon as my head stops spinning.

The summit, by the way, is called "Uhuru Peak," using the Swahili word for "freedom."

But prior to Tanzania's independence in the 1960s, it carried the imperialist moniker of "Kaiser Wilheim Spitze."

Why? Because Kilimanjaro was part of Germany's colonial empire when geologist Hans Meyer in 1889 became the first European to reach the top. 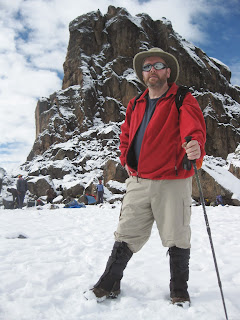 The Germans lost their African territories after World War I, ceding control to the British, whose "hands off" policy including letting the Kaiser's name stand. (That's me imitating Cecil B. Demille at the Lava Tower, up at about 15,000 feet on Kilimanjaro.)

But by then, Germans were on their way to creating a new empire—this time in silent cinema.

The 1920s were a time of bold experimentation in German movie-making, and the result was a body of work that would prove much more durable than their colonial empire.

And one of the major achievements of this period, I think, is Fritz Lang's ground-breaking sci-fi espionage soap opera 'Woman in the Moon' (1929).

I feel 'Woman in the Moon' is an underrated film, long overshadowed by Lang's spectacular 'Metropolis' from 1927. 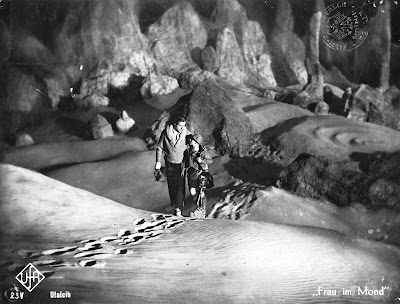 Come to think of it, the lunar landscape of 'Woman in the Moon' doesn't look that much different from parts of Kilimanjaro.

As such, I love presenting it to audiences, as they always seem to come away surprised that a film like this could even be made during the silent era.

It's also a great film for music, and seems to bring out the best in me whenever I accompany it.

In the coming week, we'll screen 'Woman in the Moon' not once but twice in our part of the world.

First up is Wednesday, Jan. 21 at 7 p.m. the Rogers Center for the Arts at Merrimack College, North Andover, Mass.

Both screenings are free and open to the public. Hope you can make it!

For more info about the screenings and the film, below is the press release that went out to promote the screening on Wednesday, Jan. 21 at Merrimack College. 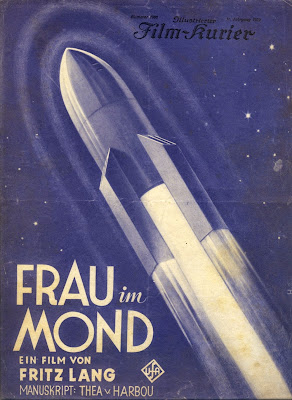 'Woman in the Moon,' pioneer space drama about first moon voyage, to be screened with live musical accompaniment

The film, made with German rocket experts as technical advisers, is noted for anticipating many of the techniques used by NASA for the Apollo moon launch program 40 years later. For example, a multi-stage rocket is employed to escape Earth's gravity, and a separate capsule is used to reach the lunar surface.

But 'Woman in the Moon,' with its melodramatic plot and colorful characters, also stands as the forerunner of many sci-fi story elements that quickly became clichés: the brilliant but misunderstood professor; a love triangle involving a beautiful female scientist and her two male crewmates; a plucky young boy who yearns to join the expedition; fistfights and gunfire and treachery on the lunar surface. 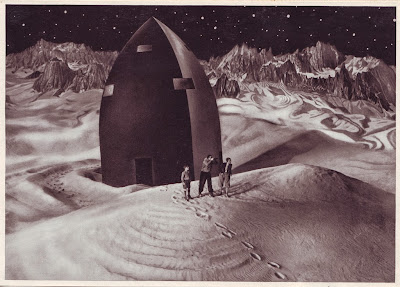 "This is a great and at-times bizarre film, one that must be seen to be believed," said Jeff Rapsis, a New Hampshire-based silent film accompanist who will create live music for the screening. "It's as entertaining as any spy-thriller. And as a past vision of a future that didn't quite come to be, it really gets you thinking of time and how we perceive it."

Rapsis, a resident of Bedford, N.H., will improvise live musical accompaniment during the screening, using both an acoustic piano and a digital synthesizer to recreate the sound of a full orchestra and other more exotic textures. 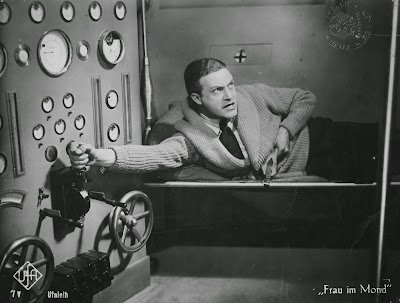 Director Fritz Lang, who was responsible for the groundbreaking sci-fi epic 'Metropolis' (1927), planned 'Woman in the Moon' as another step in his quest to stretch cinema's visual, story-telling, and imaginative capabilities.

However, German rocket scientist Hermann Oberth worked as an adviser on the movie, and it developed cult status among the rocket scientists in Wernher von Braun's circle. During World War II, the first successfully launched V-2 rocket at the German rocket facility in Peenemünde had the "Woman in the Moon" logo painted on its base. 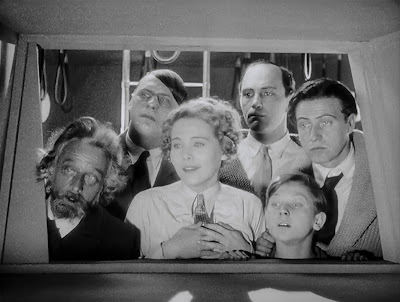 As their spacecraft nears the moon, the cast of 'Woman in the Moon' look back at the receding Earth.

All movies in the Rogers Center’s silent film series were popular when first released, but are rarely screened today in a way that allows them to be seen at their best. They were not made to be shown on television; to revive them, organizers aim to show the films at the Rogers Center as they were intended—in top quality restored prints, on a large screen, with live music, and with an audience.

‘Woman in the Moon’ will be shown with live music on Wednesday, Jan. 21 at 7 p.m. at the the Rogers Center for the Arts, Merrimack College, 315 North Turnpike St., North Andover, Mass. Admission is free. For more information, call the Rogers box office at (978) 837-5355. For more info on the music, visit www.jeffrapsis.com.