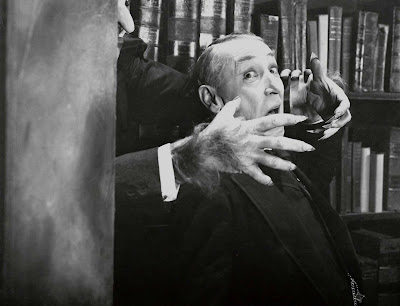 A gripping tale: Haunted house thriller 'The Cat and the Canary' comes to the Flying Monkey on Thursday, Oct. 22.

This week brings haunted house thriller 'The Cat and the Canary' (1927) on Thursday night, then 'Nosferatu' (1922) on Saturday.

Then that's followed by two shows on Sunday: a matinee of 'Dr. Jekyll and Mr. Hyde' (1920) in New Hampshire, then an evening screening of Lon Chaney in 'The Unknown' (1927) down in Massachusetts.

All I can say is: glad I got the flat tire out of the way last weekend.

Last Saturday's 'Lodger' brought an end to the 2015 silent film season at Brandon (Vt.) Town Hall and Community Center, which uses the programs to raise money for ongoing renovations.

The Halloween-themed program was dubbed "chiller theater" in part because the vintage building lacks any kind of central heating. 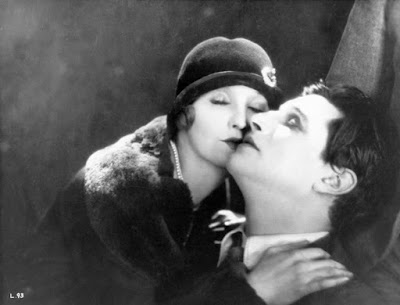 Marie Ault and Ivor Novello take the chill out of "Chiller Theater."

Turnout was a little light, but only when compared to the capacity crowds we got for several shows this summer.

Music for 'The Lodger' came together effectively, I thought, despite me being slightly rattled by having to swap out a tire on the way there.

I used a strings-only texture until the last 10 minutes, when the film's action begins to take place on a wider scale, which I feel calls for a more robust orchestral palette.

Response in Brandon is never less than enthusiastic, and this time included a jar of homemade apple/rhubarb preserves left for me at the keyboard after the show was over.

The next day's program in Charlestown, N.H. was a hoot because nearly 30 years ago, I covered the town as a reporter for the Claremont Eagle-Times, a local daily paper.

The show was jointly sponsored by the Charlestown Historical Society and the Silsby Free Library, and was held in the library's basement function room.

It turns out that in the first half of the previous century, movies were a regular attraction at what's called the old "Town Hall" in Charlestown. (Town offices long ago moved out to a modern building.) 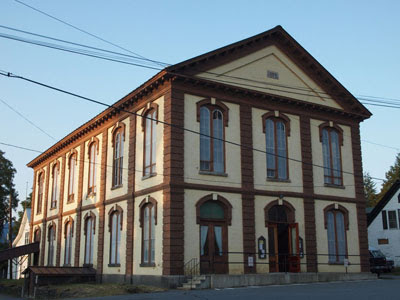 The "Town Hall" of Charlestown, N.H.

The woman from the historical society, which now looks after the building, told me the original projector is still in place in a booth far up the rear wall.

There wasn't time to check it out on Sunday, but I've added it to my list of places to explore when I get a chance. Who knows what might be up there?

Looking ahead: first up is this year's only screening of 'The Cat and the Canary' (1927), one of my own Halloween favorites. It's on Thursday, Oct. 22 at 6:30 p.m. at the Flying Monkey Moviehouse and Performance Center, 39 South Main St., Plymouth, N.H.

More details are in the press release below. I'll post info about the other screenings later this week.

Thanks, and remember: "In Silent Film, No One Can Hear You Scream." 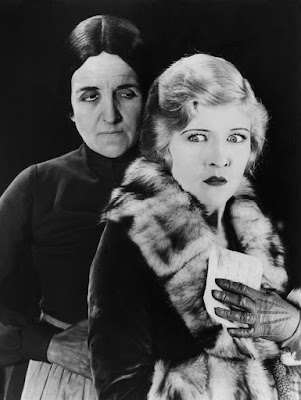 PLYMOUTH, N.H.—'The Cat and the Canary' (1927), a haunted house thriller from Hollywood’s silent film era, will be screened with live music on Thursday, Oct. 22 at 6:30 p.m. at the Flying Monkey Moviehouse and Performance Center, 39 South Main St., Plymouth.

The Flying Monkey screening will use a fully restored print that shows the film as audiences would have originally experienced it. 'The Cat and the Canary' will be accompanied by live music by New Hampshire composer Jeff Rapsis, who specializes in silent film scoring.