Live music for Buster in Winchester, N.H.,
but also for 'Underworld' in Cambridge, Mass. 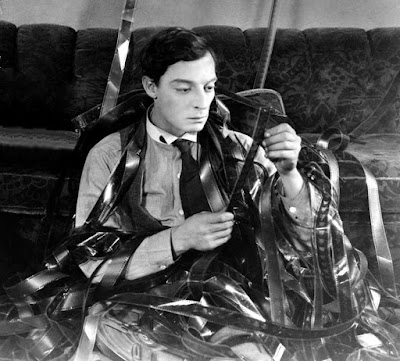 Showtimes are 4 p.m. and then again at 7:30 p.m. It's part of a series they're running about films that helped create the "film noir" school of cinema.

Originally, this post announced that I was not accompanying the film. But things were confirmed just today, so I'll be going down to Cambridge tomorrow to do music for both screenings. I'll post more about this in just a bit. 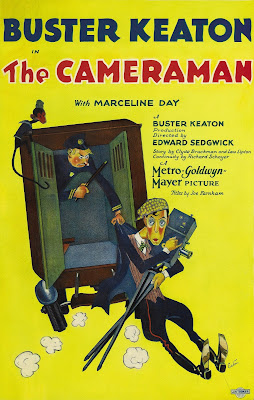 WINCHESTER, N.H.—He never smiled on camera, earning him the nickname of "the Great Stone Face." But Buster Keaton's comedies rocked Hollywood's silent era with laughter throughout the 1920s.

The films will be shown with live musical accompaniment by Jeff Rapsis, a New Hampshire-based performer regarded as one of the nation's leading silent film musicians.

The public is welcome to attend. Suggested donation for this family-friendly event is $7 per person to help defray expenses. 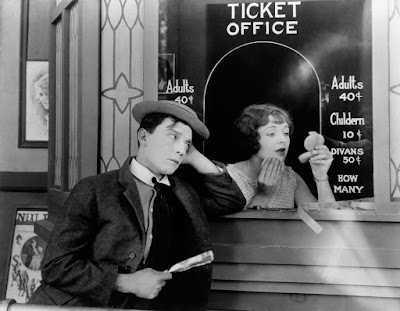 Buster outside the movie theater in 'Sherlock Jr.' 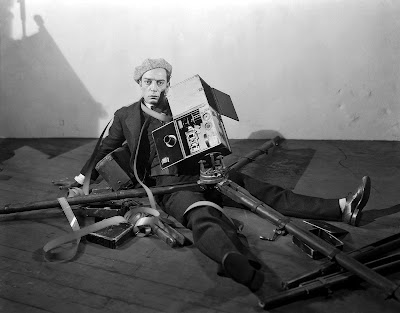 "These films are audience favorites, and people continue to be surprised at how engrossing and exhilarating they can be when shown as they were intended: in a theater, and with live music," said Rapsis, who accompanies more than 100 screenings each year at venues around the nation

The Arlington Grange of Winchester will present Buster Keaton in 'Sherlock Jr.' (1924) and 'The Cameraman' (1928) on Friday, Oct. 9 at 7 p.m. in Grange Hall, 9 Mechanic St., Winchester, N.H. The public is welcome to attend this family-friendly event, which features live musical accompaniment for both films. Suggested donation is $7 per person to defray expenses.