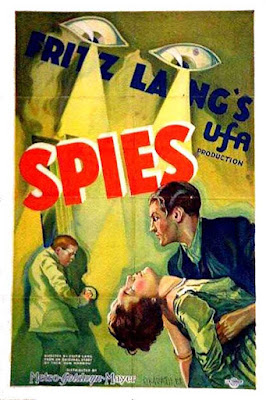 Yes, really! Order the tour t-shirts before they're all gone.

Seriously: in mid-January, I'll be heading to the other side of the Appalachians to accompany silent film screenings at venues in Detroit and Cleveland.

On Thursday, Jan. 13, it's Fritz Lang's 'Spies' (1928) at Cinema Detroit, an independent moviehouse in the Motor City.

And on Saturday, Jan. 15, it's music for 'Der Golem' (1920), the early German thriller that's part of this year's annual 36-hour (yes!) sci-fi marathon at Case Western University, also in Cleveland.

(More details on each screening are in the listings below.)

If you're within canoeing range of Lake Erie, please come join us for what promises to be a feast of worthy cinema. (Yes, I know Detroit isn't technically on Lake Erie, but close enough.) 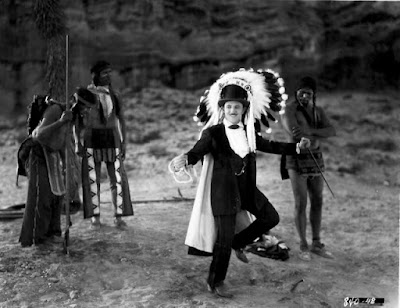 Raymond Griffith demonstrates some up-to-date dance moves in 'Hands Up!' (1926), which I'm accompanying on Friday, Jan. 14 at the Cleveland Cinematheque.

This excursion represents something of a milestone. It's my first film accompaniment outing beyond New England since the pandemic hit back in March 2020.

And yes, it's all just an excuse for me to dine at L'Albatros in the University Heights neighborhood of Cleveland. Oh my God, the best French restaurant in North America! And probably South America.

Also, while in Cleveland I hope to hear local pianist George Foley and his colleagues play through uptempo 1930s tunes at one of their usual haunts. Nothing makes me happier than this kind of music played live. George, hope to see (and hear!) you.

Back to the movies: it's a great privilege to be hitting the road to do live music for such a strong line-up of titles.

And in Detroit! And Cleveland! In January! How much glamour is one expected to cope with? 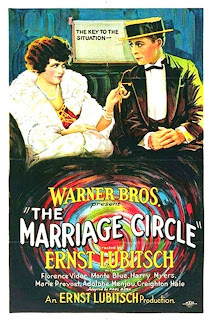 Well—not everyone can make it to the San Francisco Silent Film Festival or to Pordenone. So I'm delighted to help bring the silent film experience to the public in other places.

Many thanks to the venues for inviting me to perform, and for keeping silent film with live music as part of their programming.

A special thank you to the Case Western Reserve University Film Society, which got the ball rolling by agreeing to bring me back two years after I appeared in January 2020, just before the pandemic hit.

That put me in Cleveland, where John Ewing of the Cinematheque was kind enough to program the Griffith and Lubitsch titles, which had been on the venue's schedule for spring 2020 before everything shut down.

And thanks to Paula Guthat of Cinema Detroit for taking a chance with Lang's sweeping espionage epic 'Spies' (1928), which I love accompanying and always plays like a house afire. People of Detroit: make a point of attending this one!

And I've got to hand it to Paula, as they're really promoting the heck out of 'Spies.' Check out their home page.

Okay, here's a detailed round-up of the "2022 Lake Erie Tour." Attend all four and you'll earn...the satisfaction of beating the odds. Plus I'll save you something from my charcuterie board at L'Albatross.

Until then, I'll be checking the long-term forecast. See you in the Midwest!

• Thursday, Jan. 13, 2022, 7:30 p.m.: "Spies" (1928); Cinema Detroit, 4126 3rd Ave., Detroit, Mich.; (313) 482-9028; www.cinemadetroit.com. Tickets $15, $13 for members. Director Fritz Lang's tale of espionage was the forerunner of all movie spy sagas, packed with double agents, hi-tech gadgets, beautiful (and dangerous) women, and an evil genius with a plan to take over the world, mwah-ha-ha-ha! Made immediately after Lang filmed 'Metropolis,' the futuristic classic, with many of the same performers in the cast. Silent film with live music at Detroit's independent movie theater, located downtown in a former furniture store.

• Friday, Jan. 14, 2022, 7 p.m.: "Hands Up!" (1926) starring Raymond Griffith; Cinematheque at the Cleveland Institute of Art, 11610 Euclid Ave., Cleveland, Ohio; (216) 421-7450. Uproarious comedy in which a southern spy must work every angle to prevent a shipment of western gold from reaching Union forces. Featuring the sublime pantomime skills of silent comic Raymond Griffith, who really couldn't talk in real life, and so developed a whole repertoire of gestures to communicate—excellent training for silent cinema! Silent film with live music at Cleveland's premier venue for great movies. 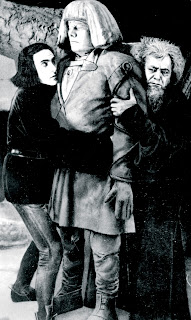