New on the schedule: 'Dr. Mabuse' epic on Wednesday, Sept. 28 at the Brattle Cinema 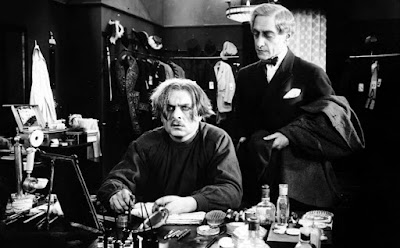 Greetings from Iola, Kansas, where I'm looking forward to this weekend's 'Buster Keaton Celebration.' More about that in just a bit.

Right now, I'm super-excited to announce that a last-minute addition turned this year's 'Silent Film Day' (coming up on Thursday, Sept. 29) into something of an event for this accompanist.

Just yesterday, the venerable Brattle Cinema in Cambridge gave the go-ahead to add live music (by me) to their planned screening of 'Dr. Mabuse, the Gambler' (1922) on Wednesday, Sept. 28.

Yes! I was hoping they would, as Fritz Lang's first 'Mabuse' is rarely programmed (one reason: it's 4½ hours long!) and the chance to do live music for it is a rare opportunity for an accompanist.

But the call has come, and thus I'm spreading the word to one and all: join us on Wednesday, Sept. 28 at 6 p.m. (note the early start time) for a cinematic experience you will not forget.

The full press release for the 'Dr. Mabuse' screening is pasted in below. There's a lot about this film that I find fascinating, and I hope you'll be on hand at the Brattle to experience it as intended: in a theater, on the big screen, with live music, and (most importantly!) an audience.

And 'Dr. Mabuse' is added to a 'Silent Movie Day' performance schedule that finds me at Cinema Detroit the very next day to do live music for another great Lang epic: 'Woman in the Moon' (1929). It's known as 'Frau im Mond' in German, as in the poster at right.

And at just 2¾ hours, it's a relative trifle compared to 'Mabuse.'

Actually, it's another terrifically ambitious movie that will blow the minds of people who have not yet seen it. And it's full of wonderful opportunities for music to augment the story and add to the experience. The screening starts at 7 p.m.

And after that, on Friday, Sept. 30, I'm at the Cleveland Cinematheque to do music for Erich von Stroheim's legendary epic 'Greed' (1924), which the director planned to run 8 hours before the studio took control and cut it down to a more manageable 2½ hours.

(Various edits and reconstructions of 'Greed' have been produced over the years. The version being shown in Cleveland runs a tight 109 minutes.) 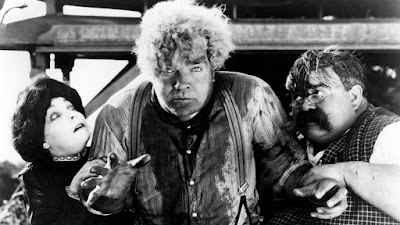 The Cinematheque screening also includes a local curiosity: 'The Heart of Cleveland, a recently rediscovered silent promotional film in which some 1920s farm children living without modern conveniences outside of Cleveland travel to the big city to learn what electricity can do.

You know your doing your part to honor Silent Film Day when, over three days, the shortest film you're accompanying is von Stroheim's 'Greed.'

So that's the news from Iola, where tomorrow I'll accompany two Keaton features: 'The Cameraman' (1928) and 'Steamboat Bill, Jr. (1928). If you're in the southeastern Kansas area, stop by! If you're anywhere else, you have a whole day to get here! 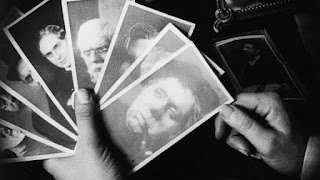 Pick a disguise: the many faces of Dr. Mabuse.

CAMBRIDGE, Mass.—It's a story so big, it takes more than four hours to tell.

The rarely screened early masterpiece from German director Fritz Lang will be presented at the Brattle Cinema on Wednesday, Sept. 28 starting at 6 p.m.

Admission is $14 per person; $12 for members, seniors, children, and students.

An original improvised musical score for 'Dr. Mabuse' will be performed by silent film accompanist Jeff Rapsis of Bedford, N.H.

"Live music makes any screening of a silent film a one-of-a-kind event," said Rapsis, who will play continuously during the four-hour-plus epic.
Rapsis aims to use music to bring out the story's many shifts and turns, and also enhance the dark atmosphere that permeates Lang's sprawling film.
The Brattle has scheduled 'Dr. Mabuse' as part of a three-day observance of this year's Silent Film Day, which falls on Thursday, Sept. 29.
Other screenings include a program of short comedies starring Buster Keaton on Thursday, Sept. 29 and the early horror classic 'Nosferatu' (1922) on Friday, Sept. 30.

Based on a contemporary novel by Norbert Jacques, 'Dr. Mabuse' (pronounced "ma-BOO-seh") tells the story of a criminal mastermind who uses disguises and hypnosis to defraud and control his wealthy victims. 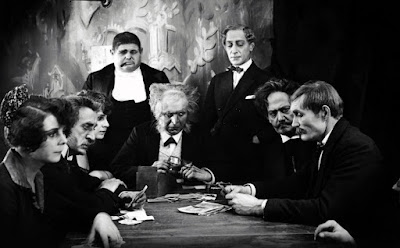 Lang's completed film runs an extraordinary 4½ hours and is divided into two parts.

"This is filmmaking on a grand scale," said Rapsis, who will improvise a musical score using new material he's composed for the Brattle screening. .

"For movie fans, the rare chance to see Lang's ground-breaking film on the big screen with live music is not to be missed."

The Berliner Zeitung called the first part "the attempt to create an image of our chaotic times" and went on to state that it "will give people fifty or one hundred years from now an idea of an age that they could hardly comprehend without such a document."