Ring in the New Year with 'Metropolis,' 'The Circus'

The silent film calendar is now clear until after Christmas, but then things come back to life in a big way with three screenings in four days. Let's take attendance... 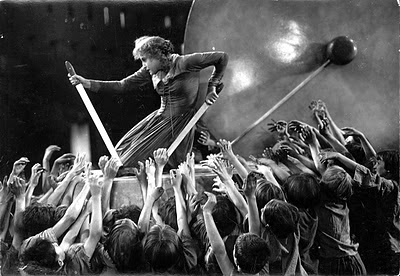 • Saturday, Dec. 31, 2011: Doing music for a New Year's Eve screening of 'Metropolis' (1927) at Red River Theatres, an independent cinema at 11 South Main St. in Concord, N.H. Welcome in 2012 with German director Fritz Lang's eye-popping futuristic fantasy, now augmented with a half-hour of additional footage discovered in Argentina in 2008. One of the great cinematic experiences of any era, and featuring an astonishingly athletic performance by actress Brigitte Helm. (That's her above.) Showtime is 7 p.m.; tickets are $15 each and seating is very limited. Call the box office at (603) 224-4600 and reserve your tickets today. Many thanks to Jason Greenleaf at Kino/Lorber for arranging clearance to screen the restored version. 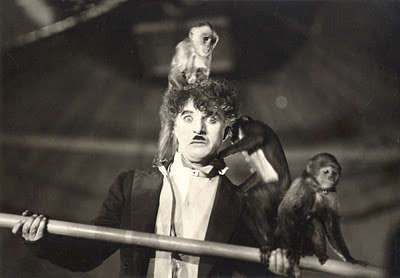 • Sunday, Jan. 1, 2011: We're screening 'The Circus' (1928), Chaplin's gag-filled feature, as part of our monthly silent film series at the Wilton Town Hall Theatre at 60 Main St. in Wilton, N.H. Admission is free; the program starts at 4:30 p.m. This film is packed with great routines and set pieces, including the scene where Chaplin walks the tightrope with some friends (see above) along for the ride. I'm always amazed to think that Chaplin actually learned to tightrope walk for this sequence! Also included will be a Buster Keaton silent comedy short (title to be announced) and, just when we've all had quite enough of the Christmas season, our friends Stan Laurel and Oliver Hardy will be on hand to wreak holiday havoc in 'Big Business,' a classic comedy short from 1929. Please note that the Chaplin film will be screened with Chaplin's own recorded score (per the wishes of the Chaplin estate), but I'll do live music for the comedy shorts. And many thanks to Sarah Finklea of Janus Films for arranging permission for us to screen the Chaplin feature! 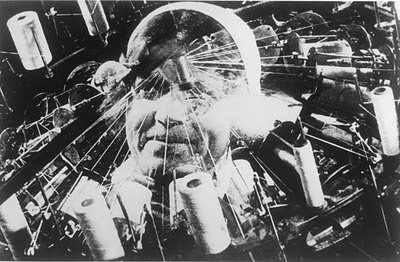 • Tuesday, Jan. 3, 2011: And now for something completely Soviet: 'The Man With A Movie Camera' (1929), an experimental Russian silent film, will be screened at the Manchester (N.H.) Public Library, 405 Pine St., at 6 p.m. Looking forward to doing music for this, a new one for me. It's the latest installment of a monthly silent film series we run in the library's vintage 1913 Carpenter Auditorium; admission is free.
Posted by Jeff Rapsis at 11:43 PM