Coming up: Four—count 'em, four!—
screenings of 'Phantom of the Opera' 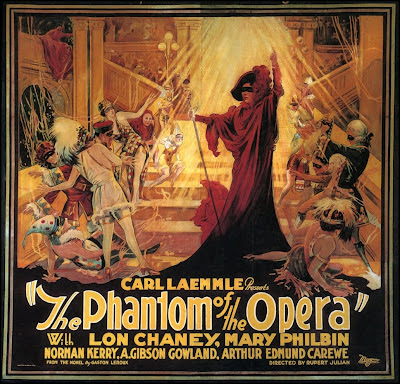 As the old saying goes, four phantoms are better than one. Not sure if I have that exactly right, but even so, it's my current philosophy, as I have no less than four separate screenings of the silent 'Phantom of the Opera' (1925) in the upcoming weeks before Halloween.

Interested in taking in all four? Here's a quick run-down of the where and when:

I didn't plan on a four-in-one 'Phantom' season, but the requests kept coming in and this is the result. It'll be fun to do, as 'Phantom of the Opera' was the first feature I scored in live performance, and I haven't really done it since 2007, so it'll be interesting to see how my approach has evolved. 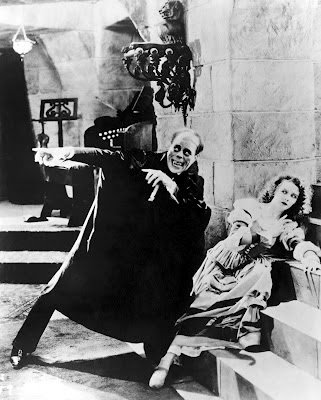 I'm particularly excited by 35mm screening we've arranged at the Somerville (Mass.) Theatre on Sunday, Oct. 21. (All the others use digital transfers.) The print we're using belongs to noted film historian and preservationist David Shepard, and I understand it to be one of the best 35mm prints of 'Phantom' in existence.

I'm also thrilled that 'Phantom' will be presented by David Kornfeld, the Somerville's vastly knowledgeable projectionist who knows so much about the many things that go into presenting a vintage film print on the big screen—especially a real vintage one such as 'Phantom.' Bulb strength is only the beginning!

In addition, for the Somerville screening, we're hoping to patch my synthesizer output into the house theatre's amazingly powerful house sound system in the main theater. Assuming we can do this successfully (still a big if), the results should be spectacular. They may never get me to stop playing!

For now, I'm looking forward to the "starter" Phantom—a screening coming up on Saturday, Oct. 13 in Brandon, Vt. More info is below on the press release, but let me say that this marks the final silent screening in Brandon for the 2012 season. (Brandon Town Hall, where we show them, isn't heated, so we push as far as October, when we wind things up with 'Chiller Theatre' in honor of the season.) It's been a great year in Brandon and I want to thank everyone whose efforts make it possible for me to do films there. We've already got dates set for 2013 and I'm working on what films to program. So if you have a favorite, let me know! 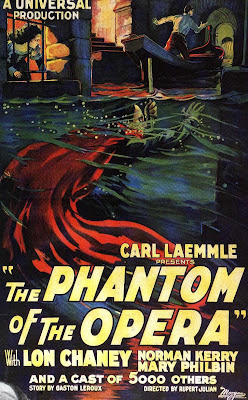 'Phantom of the Opera' at Brandon Town Hall on Saturday, Oct. 13

BRANDON, Vt.—It was one of cinema's first real shockers—a movie so frightening that its original audiences would shriek in terror and even faint. It was 'The Phantom of the Opera' (1925), the silent horror film starring legendary actor Lon Chaney, and it will be revived with live music on Saturday, Oct. 13 at 7 p.m. at Brandon (Vt.) Town Hall and Community Center.

The screening, the final installment of this year's Brandon Town Hall silent film series, will feature live accompaniment by Jeff Rapsis, a New Hampshire-based composer who specializes in creating scores for silent films. Admission is free; donations are encouraged, with proceeds to support ongoing renovation of the town hall.

'The Phantom of the Opera,' adapted from a 19th century novel by French author Gaston Leroux, featured Lon Chaney as the deformed Phantom who haunts the Paris Opera House. The Phantom, seen only in the shadows, causes murder and mayhem in an attempt to force the management to make the woman he loves into a star.

Chaney's disfigured face is kept covered in the film until the now-famous unmasking scene, which prompted the film's original audiences to shriek in terror.

Chaney's other iconic roles of the period include Quasimodo in the silent 'Hunchback of Notre Dame' (1923) and circus performer 'Alonzo the Armless' in Tod Browning's 'The Unknown' (1927). 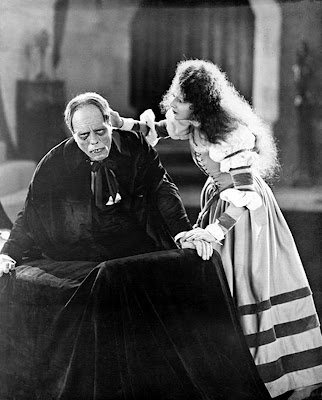 Chaney's 'Phantom' looks a bit down in the dumps in this still—but not for long. The spigot of self-loathing will soon be turned on full blast.

'The Phantom of the Opera' proved so popular in its original release and again in a 1930 reissue that it led Universal to embark on a series of horror films, many of which are regarded as true classics of the genre, including Dracula (1931), Frankenstein (1931), and The Mummy (1932).

The original silent 'Phantom' featured lavish sets, including a large theater designed to represent the sprawling interior of the Paris Opera House. The set was never torn down and continues in use today as part of Universal's Stage 28; it was seen most recently in 2011's 'The Muppet Movie' as the abandoned Muppet Show theater.

Organizers say the original silent film version of 'The Phantom of the Opera' is not only a great movie, but also a great way for families to get into the Halloween spirit. Audience members are encouraged to attend in costume, or at least dress warmly. Because Brandon Town Hall lacks a heating system, organizers have dubbed the screening of the horror film as "Chiller Theater."

And above all, everyone should be prepared to get scared.

Sponsor for the Oct. 13 screening of 'The Phantom of the Opera' is Lake Sunapee Bank.

The final installment in this season's series of silent films at Brandon Town Hall will be 'The Phantom of the Opera' (1925), the classic horror film starring Lon Chaney, to be screened on Saturday, Oct. 13, at 7 p.m. Admission is free. For more information, visit www.brandontownhall.org. For more info on the music, visit www.jeffrapsis.com.