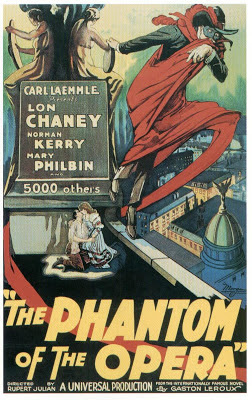 If you're a new visitor, hello! I've been fortunate to receive write-ups in several regional publications recently, so I wanted to greet anyone new to this blog or to silent film in general.

First thing to note is that this blog is not the best way to get an idea of what silent film is all about. The only way to do that is to attend a screening where all the crucial elements are in place: a big screen, a real theater, live music, and an audience—the bigger, the better. (That's where you come in!)

The good news is that there are many screenings to choose from, and this blog is my way of keeping all the info together and making it easy for people to get what they need. There's a complete calendar of upcoming screenings on the right. It has all the who-what-where you need to join in.

Most of the screenings I accompany are in my home base of New England, but I occasionally get to travel and perform in other areas. In November, I have a screening of the great Josef von Sternberg drama 'The Last Command' (1928) in New York, and next May I go to Cincinnati to do music for Buster Keaton's 'The General' (1926). All the info is posted on the 'Screenings' page—in fact, it's how I keep track of where I'm supposed to be. 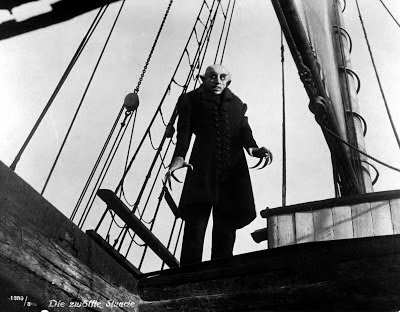 With Halloween coming up, it's a busy time for a silent film accompanist. My next local gig is on Friday, Oct. 19, when I do music for 'Nosferatu' (1922) at Red River Theatres in Concord, N.H. For more specifics about that, check out this earlier post.

There's a big screening this weekend, when I do 'Phantom of the Opera' (1925) at the Somerville Theatre in Boston. For more on that, check out another earlier post. The Somerville is showing 'Phantom' using a 35mm print on loan from a collector in California, and I'm eager to see what it looks like with the expert projection of David Kornfeld on the Somerville's huge screen. 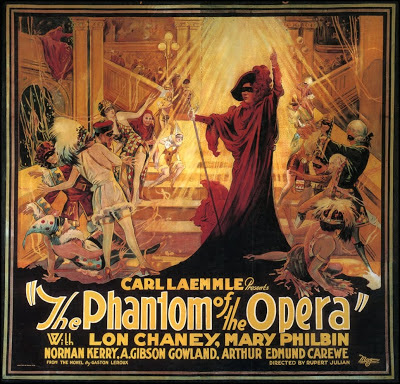 In 2010, when we did a series of Buster Keaton films in 35mm at the Somerville, for me it was like seeing them for the first time all over again. The projection and presentation quality is that good. So that alone is reason enough to look forward to 'Phantom' on Sunday, Oct. 21.

But another plus is that for 'Phantom," I'll attempt to hook my synthesizer keyboard into the Somerville's house sound system, something I'm really excited about. In prior gigs, we used my own small Roland speakers set up onstage. They did the job, but were no match for what the theater's house system can offer.

So I'm going down on Saturday to hook things up and see if we can get it to work. If it does, a new level of accompaniment nirvana awaits. Cross your fingers!

And following Phantom, more screenings await. There's the very odd German thriller 'The Hands of Orlac' (1924), in which a concert pianist gets a new set of hands after being crippled in a train crash. The trouble starts when it turns out that the "new" hands belong to an executed murderer. That's on Sunday, Oct. 28 at 4:30 p.m. at the Wilton (N.H.) Town Hall Theater. 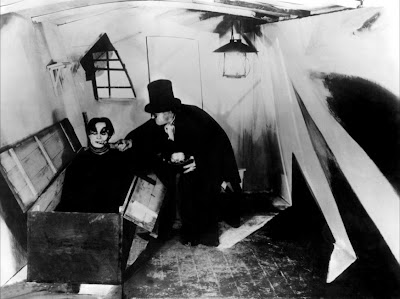 And on Tuesday, Oct. 30 (the day before Halloween!), we're showing 'The Cabinet of Dr. Caligari' (1920) at 6 p.m. at the Manchester (N.H.) City Library. And a couple of other 'Phantom' screenings are lurking on the calendar, too.

So, if you've read this far, thank you for checking out this blog and pondering the world of silent film. Consider this an invitation to further explore this obsolete form of entertainment, story-telling, and artistry. It flourished for only three decades, but is now so old, it's new again.

Audiences needed immediately at a nearby screening. This means you! Hope to see you at a future show.