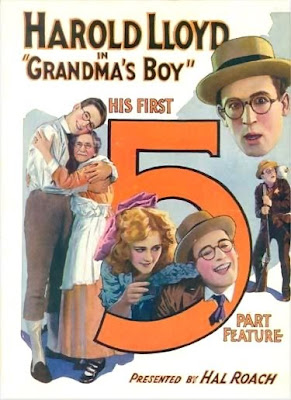 It starts with (spoiler alert!) a deceptive pullback shot in which we are first led to believe Harold is doing the manly act of starting a car using a hand-crank. But with the pullback, we discover he's actually operating a hand-cranked ice cream-making machine.

Funny, yes. But both of these activities are no longer part of everyday life, so I always wonder how much longer it'll be before that scene might need footnotes to explain it.

The rest of the film holds up fine, of course, and I'm looking forward to accompanying it on Thursday, Aug. 29 at the wonderful Leavitt Theater in Ogunquit, Maine.

Because 'Grandma's Boy' runs less than an hour, the program will also include an additional surprise attraction. What is it? Hey, if I tell you here, that would ruin the surprise! :) And I've already spoiled one surprise by giving away the opening to 'Grandma's Boy,' so that's enough for one post.

For more info about the film and the screening, check out our press release below. Hope to see you there! We've been getting good crowds this summer at the Leavitt, and the series seems to be catching on. The more, the merrier! 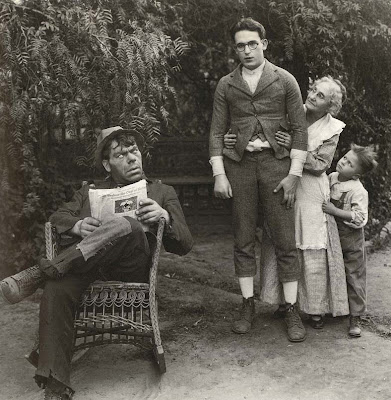 OGUNQUIT, Maine—The silent film era returns to the big screen at the Leavitt Theatre in Ogunquit, Maine with the showing of a classic silent comedy accompanied by live music.

Showtime is Thursday, Aug. 29, at 8 p.m. at the historic Leavitt Theatre, 259 Main St., Route 1, Ogunquit, Maine. All are welcome to this family-friendly event; admission is $10 per person general admission.

The screening, the latest in the Leavitt Theatre's silent film series, will feature live accompaniment by Jeff Rapsis, a New Hampshire-based composer who specializes in creating scores for silent films.

'Grandma's Boy' tells the story a cowardly young man (Harold Lloyd) who seeks the courage to battle a menacing tramp who terrorizes his small hometown. Audiences loved 'Grandma's Boy' when it was first released, and the picture helped establish Lloyd as a major star for the rest of the silent film era. 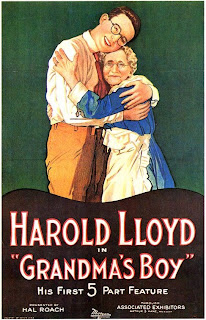 With the release of Lloyd's films on DVD, audiences are rediscovering his timeless genius. The reissue sparked a demand for screenings in theaters, where the Lloyd films continue to cast their spell on audiences. Shown in a theater with live music, Lloyd's features maintain their power to delight movie-goers.

"Times have changed, but people haven't," Rapsis said. "The Lloyd films were designed to be shown in a theater with an audience, and to appeal to a worldwide audience, and their universal themes haven't lost any power," said Rapsis, who has performed music for silent films in venues ranging the Donnell Library in New York City to the Kansas Silent Film Festival.

"When the score gets made up on the spot, it creates a special energy that's an important part of the silent film experience," said Rapsis, who uses a digital synthesizer to recreate the texture of a full orchestra for the accompanimemt.

The Leavitt Theatre's silent film series aims to recreate the full silent film experience, with restored prints projected on the big screen, live music, and the presence of an audience. All these elements are essential to seeing silent films they way they were intended, Rapsis said.

“These films are still exciting experiences if you show them as they were designed to be screened,” said Rapsis, who creates live music for the screenings. “There’s a reason people first fell in love with the movies, and we hope to recreate that experience. At their best, silent films were a communal experience very different from today’s movies—one in which the presence of a large audience intensifies everyone’s reactions.”

Other upcoming features in the Leavitt Theatre's 2013 silent film schedule include:

• Thursday, Sept. 19, 8 p.m.: 'Show People' (1928) starring Marion Davies, William Haines. A silent film about the silent film business! Young Peggy Pepper ventures to Hollywood to make her mark in drama, but finds an unexpected (and unwelcome) flair for slapstick comedy. King Vidor directed this entertaining valentine to a form that would soon be superceded by talking pictures.

• Saturday, Oct. 26, 8 p.m.: 'Nosferatu' (1922). Just in time for Halloween, see the original silent film adaptation of Bram Stoker's famous 'Dracula' story. Still spooky after all these years—in fact, some critics believe this version is not only the best ever done, but has actually become creepier with the passage of time. See for yourself, if you dare!