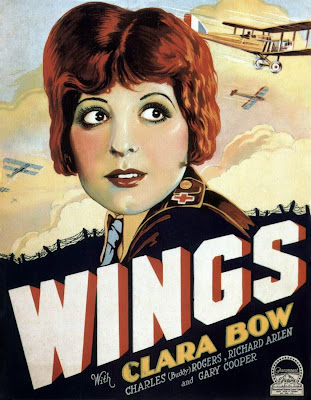 I'm really excited about doing music for 'Wings' (1927) this weekend at the Wilton Town Hall Theatre.

Not only is it a great movie experience, but the screening will also help raise funds for the venerable independent theater's now-mandatory conversion to digital projection for first-run films.

Admission is $20 per person, with all proceeds going to the Town Hall Theatre's impending digital conversion.

In terms of finances, the conversion cost is expected to total upwards of $150,000. Theater owner Dennis Markaverich has raised about $20,000 so far from donations, but still has a long way to go before the conversion is a slam dunk.

Hence this weekend's screening of 'Wings,' winner of the first-ever 'Best Picture' Academy Award. The Wilton Town Hall Theatre is all about experiencing cinema as it was intended: on the big screen, in a darkened theater, and with an audience. (And with live music for silent films!)

So what better way to celebrate this theater and help raise funds to keep it open in the future. Hope we get a packed house on Sunday!

For more information about the film and the theater, check out the press release below... 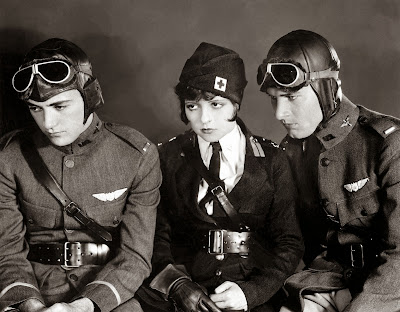 WILTON, N.H.—A benefit screening of the epic silent film 'Wings' (1927) will take place this weekend as a fund-raiser to support the Wilton Town Hall Theatre's ongoing conversion to digital projection.

Tickets for this special event are $20 per person, with all proceeds going to support the Town Hall Theatre's necessary conversion to digital projection.

The Town Hall Theatre, where movies have been shown since 1912, is in the process of converting to digital projection due to Hollywood's recent elimination of 35mm prints for first-run pictures.

The Theatre has currently raised about $18,000 for the effort, and longtime owner Dennis Markaverich plans to go ahead with converting at least one of the theater's two screens to digital in the near future.

However, the total needed to complete the conversion totals about $150,000. Efforts will continue to raise funds in the coming months to keep the theater's two screens open and operating.

Studios provided financial incentives for large multiplexes to convert to digital, but smaller independent venues such as the Wilton Town Hall Theatre must resort to community fund-raising or risk closing their doors.

The screening of 'Wings' (1927) on Sunday, March 9 will give movie fans a chance to experience the first Best Picture on the big screen and with live music, all while supporting the Town Hall Theatre's digital conversion fund.

"It's a great way to follow the Academy Awards the weekend before," said Markaverich, who has run the Town Hall Theatre since 1973. "We hope our many fans will see this as a great way to celebrate the art of the motion picture and at the same time support our necessary conversion to digital projection for first-run films."

The theater, with its unique ambiance and commitment to top-quality presentation, was named last year by Yankee Magaine as the Best Movie Theater in New England.

The screening of 'Wings' will feature live accompaniment by Jeff Rapsis, a New Hampshire-based composer who specializes in creating live music for silent film presentations.

'Wings' stars Clara Bow, Charles 'Buddy' Rogers, and Richard Arlen. The film also marked one of the first screen appearances of Gary Cooper, who plays a supporting role. Directed by William Wellman, 'Wings' was lauded by critics for its gripping story, superb photography, and technical innovations.

" 'Wings' is not only a terrific movie, but seeing it on the big screen is a great chance for everyone to appreciate what our servicemen and women endured in World War I," accompanist Jeff Rapsis said. "It's a war that has faded somewhat from our collective consciousness, but it defined life in the United States for a big chunk of the 20th century. This film captures how World War I affected the nation, and also shows in detail what it was like to serve one's country a century ago."

'Wings' is notable as one of the first Hollywood films to take audiences right into the trenches and vividly depict battlefield action. Aviation buffs will also enjoy 'Wings' as the film is loaded with scenes of vintage aircraft from the early days of flight.

Rapsis, a New Hampshire composer who specializes in film music, will create a score for 'Wings' on the spot, making up the music as the movie unfolds to enhance the action on the screen as well respond to audience reactions. He will perform the music on a digital synthesizer, which is capable of producing a wide range of theatre organ and orchestral textures.