Finishing out March with a comedy,
a drama, and then another comedy 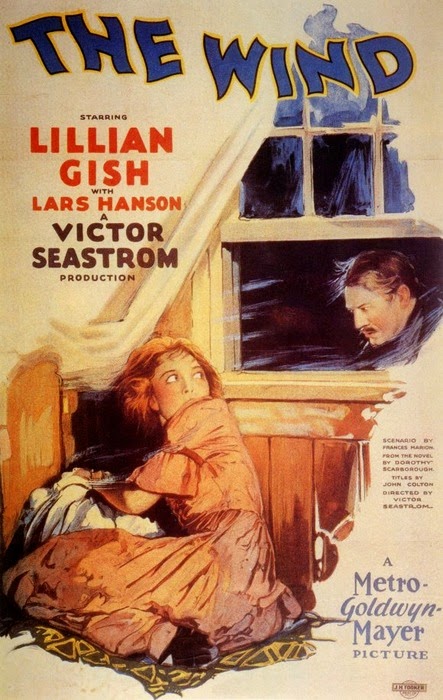 March is supposed to go out like a lion, so maybe it's appropriate we're screening the great MGM silent drama 'The Wind' (1928) on Thursday, March 27 at 7 p.m. at Keene State College in Keene, N.H. (In addition to having a weather-related title, it begins with Leo, the MGM lion, in silent roar.)

This Lillian Gish classic will be bookended by screenings of two Harry Langdon films: 'The Strong Man' (1926) on Wednesday, March 26 at 7 p.m. at Merrimack College in North Andover, Mass., and then the rarely screened 'Long Pants' (1927) on Sunday, March 30 at 4:30 p.m. at the Wilton Town Hall Theatre in Wilton, N.H.

Right now, I'm in the post-tour let-down period following appearances in the past month at the Kansas Silent Film Festival in Topeka, Kansas and then Cinefest in Syracuse, N.Y. In recent years, these two back-to-back festivals have served as the annual climax of my accompaniment calendar. It's a lot of film to accompany, and now that's it's over, I kinda feel like smoking a cigarette. 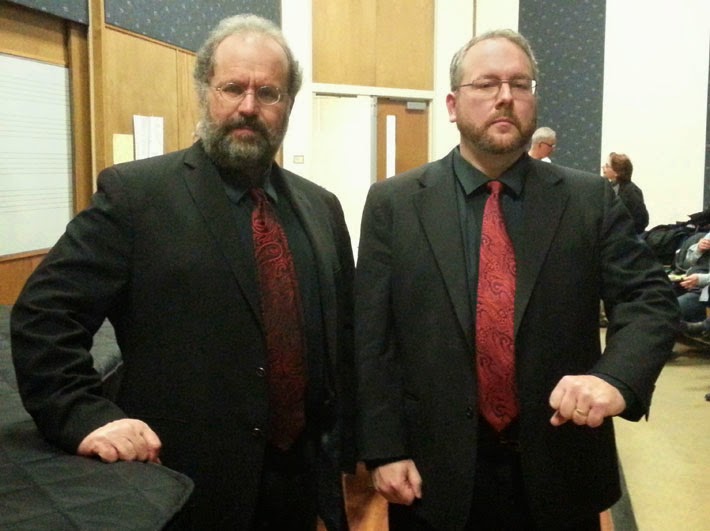 Accompanist Rodney Sauer and I showed up at the Kansas Silent Film Festival in nearly identical performing garb, with me furthering the illusion with eyewear borrowed from festival director Bill Shaffer.

These festivals cut both ways. Because I get to hear other accompanists, see films that are new to me, and interact with a lot of people, they inspire me to want to improve my craft. But the stress of performing in unfamiliar places, and sometimes to films that I've never seen (five different features at Cinefest!), wears me out for a time. 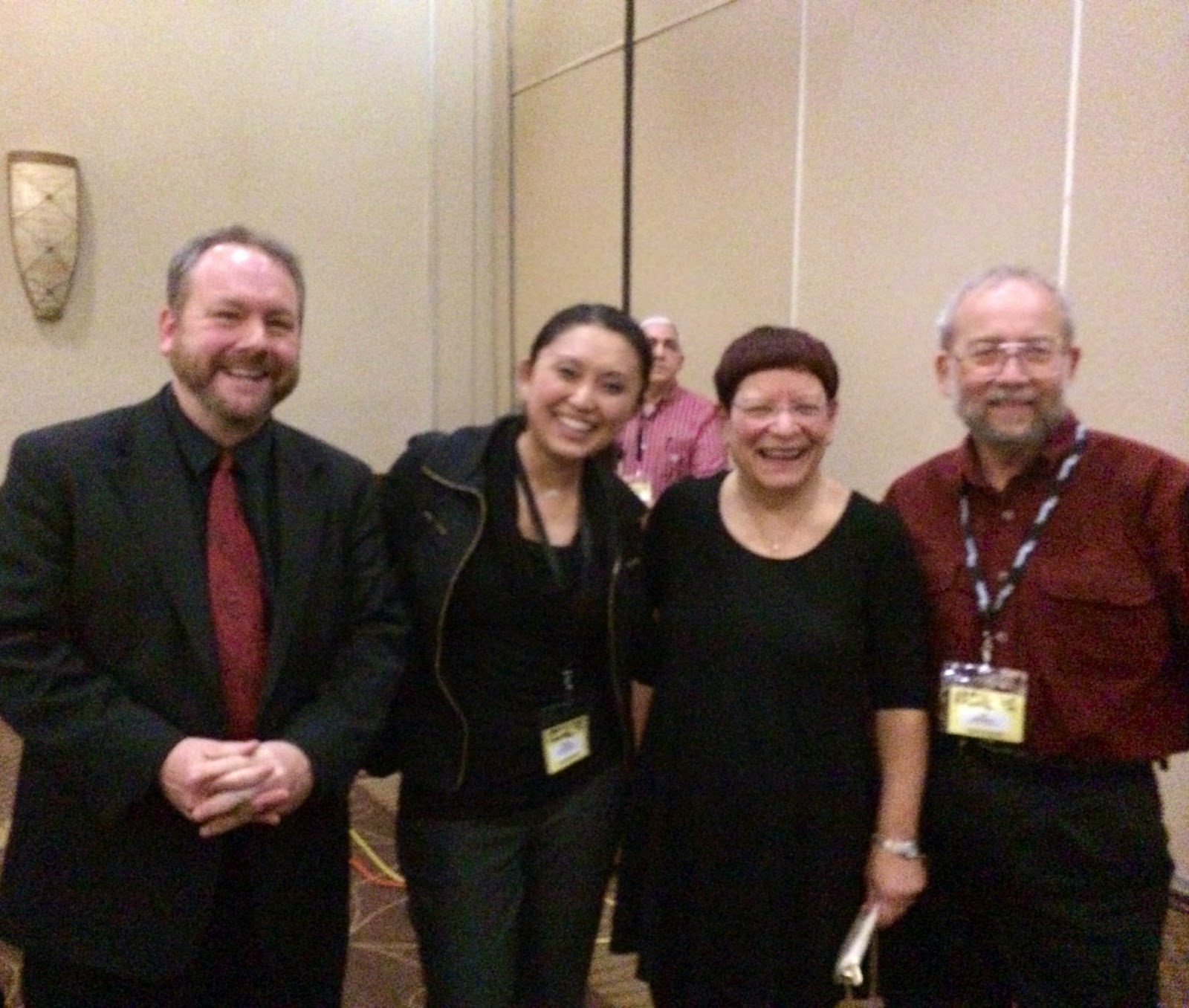 The four accompanists at Cinefest 2014: me, Makia Matsumura, Judy Rosenberg, and Jon Mirsalis. Thanks for the photo, Makia!

The calendar beckons, however, with places to go and shows to do, and silent films to help bring to life for today's audiences. And so I soldier on, having already done music for 'The Lost World' (1925) this past Thursday at the Flying Monkey Moviehouse and Performance Center in Plymouth, N.H. And now these three upcoming shows to finish out the month.

(If you'd like more info on the Langdon films or 'The Wind,' check out the "Upcoming Screenings" page on this site. I haven't had time for press releases just yet.)

Coming out of this period, I feel the need to do fewer screenings, and work a bit more on material for screenings that I do commit to. Until now, I wanted to do as many shows as possible, if only so the feel of performing live would become second nature, and to get experience winging it if I had to. Okay, so I'm not always relaxed and in control at the keyboard.

I think I've gotten where I want to in that area. Now the challenge, I believe, is to work at further forging my own personal musical language for silent film accompaniment, which has developed somewhat but has a long way to go.

The main way to do that, I sense, is by taking time to work up consciously new material even for films I've done many times before. Less winging it, more careful preparation prior to sitting down on the bench, even though I'll still be mostly improvising during the actual screening.

In the coming months, I'd like to develop a suite of melodic material built on elements that I'm attracted to: the call of the sharped fourth or the flatted seventh is beckoning. And I'd like to get better at producing material on demand that reflects this language.

Plus I might acquire a real piano to replace the spinet I've been pounding for well nigh 40 years now. And the Korg synth and speakers are showing their age, too. We'll see about upgrading them as well.

Lots to do, but the main thing is—fewer gigs, and a little more time spent preparing for each. I'm really looking forward to it!