Road report: In life, as in the movies,
things aren't always what they seem to be 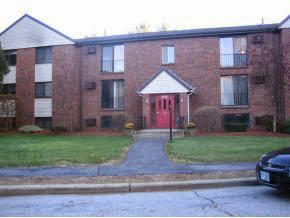 Get out the Ouija board and the crystal ball, folks. Time for a look back and a look ahead.

First, some notes about three recent performances. And then a preview of some shows to come as the busy summer season begins ramping up.

About 15 minutes prior to the screening, two women and one man I've never seen before shuffle into the library's auditorium, where I'm behind the sythesizer keyboard warming up.

"What is that you're playing? Is that a computer?" asks one of the women, as the group wedges themselves into seats near the front.

"Well, it's kind of like a piano that's attached to a computer," I say, playing all the while.

And so we banter back and forth, with me feeling glad that some people who are new to silent film have decided to give it a chance.

But in life, as in the movies, things are not always as they seem.

After a few more minutes of me explaining how I will be improvising music to tonight's film, the three begin to sport puzzled looks.

"Isn't this the King Richard Condo Association meeting?" she asks.

Instantly my bubble is burst. I resist the urge to say yes, this is the King Richard Condo Association meeting, with live music, just to keep them in place. But honesty prevails.

"Ah, this is library's monthly silent film screening," I reply, still playing, "and you should really stay and check it out."

"No, this is supposed to be the King Richard Condo Association meeting."

"Well it isn't... but this will be a lot better than some old condo meeting," I say, with all my regulars in the audience looking on smiling, as if the evening's entertainment has started early.

"I don't think so," the woman says, as the three rise and begin shuffling out.

"Sure it will!" I say, the P.T. Barnum in me rising to the challenge. "It's a night of romance, adventure, and Old World elegance. You'll come away with memories that will last far longer than any condo meeting."

But they depart, with the woman saying something about how I'd have help her if her condo fees went up, or something like that.

Ah, the glamour of show biz!

'Her Night of Romance' (1925) is a good flick overall, with one especially noteworthy sequence: A scene in which Ronald Colman and Constance Talmadge get her father to fall asleep by plying him with too much wine at dinner so they can get to know each other is done without any titles. Instead, it's all closeups and imagery that allow us to follow the action without needing dialogue.

It's a remarkable example of how fluent silent films had become of telling a story visually. If anyone needs a short excerpt to show how silent film could tell stories without titles or dialogue of any kind, this is a good candidate. Nothing special, just a very natural example of how it was done. 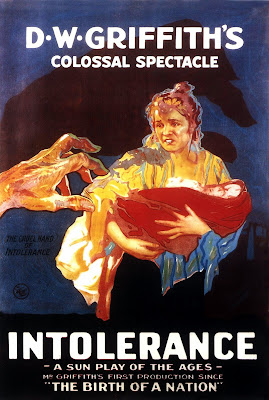 • Thursday, May 8, 'Intolerance' (1916) at the Flying Monkey Moviehouse and Performance Center in Plymouth, N.H.: Big film, small audience. But even with just 16 people on hand, the show must go on. And not long after the opening titles, I lost myself for nearly three hours in D.W. Griffith's over-the-top four-stories-in-one epic, which we ran without a break.

What happened is that I really didn't have time to prepare in advance, although I intended to. But as things worked out, I didn't even have time to preview the film, even on fast forward. So going into it, the second half was all news to me.

However, the day before I worked out a simple "time passing" motif for the scenes of Lillian Gish rocking the cradle that appear throughout the film as a linking device. And I'll be darned if it didn't blossom into the basis for a nearly three-hour-long film score. Sometimes that's how it happens! In general, simple is better.

And I found I had stuff for each of the four settings, which I accompanied with different textures. The "modern" story (1920s California) was straight orchestra; the medieval French story was harpsichord; the Christ story was brass and organ; and the Babylonian tale had an exotic world music patch that I sometimes trot out.

Also, each had their own melodic material that seemed to grow naturally out of the action, and I was somehow able to keep up with it as the film (or films, actually) progressed. Only for the last half-hour, where all four stories reach a climax and the pace of the cutting increases, did things start to blend into each other, but that actually seemed quite natural to me. Anyway, as the pace quickened, I finally had to keep it on just full orchestra, which had the effect of adding a bit to the overall velocity.

And then the film shifts into overdrive, with Griffith taking us to World War I trenches, with characters from the past looking on from above, all preaching a message of peace and tolerance. After nearly three hours of four different stories, this apotheosis, while hopelessly primitive, still comes across as nothing short of mind-blowing in live performance.

Say what you want about Griffith, but 'Intolerance' demonstrated once again that he really did bring the instincts of a master showman to his movies. You simply have to watch. In that sense, it's a distant cousin to a car crash. 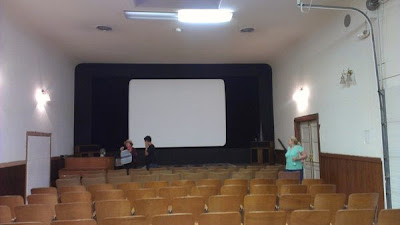 A view of the interior of the Niles Essanay Silent Film Museum's Edison theater, stolen from Yelp.

A word about cross-country flights: When I'm dictator, anyone making a coast-to-coast non-stop flight would first have to read at least one book about the building of the transcontinental railroad. Just sayin'.

A word about Niles: While most of the area around Niles is brand new mint condition Silicon Valley exurbia, Niles itself is an authentic old-time town. Settled more than a century ago, its commercial area was isolated by a river, railroad lines, and later by a freeway.

Shielded from development pressure by virtue of its location, Niles endured long enough to become an attraction in itself, so different than the modern strip mall and condo complexes that now surround it. It's kind of like California version of Brugges, the Belgian trading port that silted up in the middle ages, leaving the small city prefectly preserved.

One of the big attractions of early Niles was an Edison Theatre, which lasted only a short time. The building then became a photo studio, a warehouse, and who-knows-what-else over the years, all the while remaining intact, like a lot of Niles itself. Today, it's a film theater again, which the museum uses to run regular silent film programs.

The film: 'The Little Duchess' (1917), a rarely screened picture starring Madge Evans, then age 6. This title was enough of an attraction to bring several area film folks, including accompanist Jon Mirsalis, who I got to have dinner with as part of the deal. So I got to hear him speak of some of old-timers such as Gaylord Carter who were still active when he was starting out.

Prior to the performance, I felt more pressure than usual, not because of the venue, but because of my brother-in-law. A job at Facebook led him to live in the area. And like a lot of people in my life, he's never really understood the silent film thing. No problem, as most people don't. But for Saturday night's show, he'd taken a deep breath and decided to check it out.

Alas, the first half of the show was two Keystone two-reelers from 1914 in fairly well battered 16mm prints: Chaplin's 'Caught in a Cabaret' and Fatty Arbuckle in 'Fatty and Minnie Hee-Haw.' Not the very best intro to the power of silent film, but you play the hand you're dealt, or the films that are programmed.

Seated at the house piano (a sturdy Hamilton upright) so I found myself taking the "keep it lively" approach to both films. The Chaplin short is no great shakes, but the Arbuckle film has enough rudeness in it to be of interest. At one point, the Injuns—sorry—native Americans, celebrate upcoming nuptuals by eating dog meat!

To my surprise, brother-in-law actually enjoyed the first half! With live accompaniment and something of an audience present (about 40 people), it made a lot more sense. Great!

'The Little Duchess' was a fun film to play cold. It was easy enough to follow, and my stock of material seemed to work well in different situations as the film unfolded. The print was apparently an original Kodascope 16mm reduction dating probably from the 1920s, and so looked really great throughout.

Audience reaction was pretty lively, which was great. I felt I kept up with things pretty well, I thought, but was not prepared for a last-reel plot twist that bordered on the surreal, even for a film from 1917. I'll keep it under my hat because 'The Little Duchess' may get shown at a few upcoming festivals, but it made for a mind-bending end to the evening as only silent film can deliver.

And the verdict from my brother-in-law? Not outright dismissal, which I count as a triumph for the art form.

I'm very grateful to all the folks at the Niles Museum for opening a Saturday night for me on their schedule. The Bay area has a lot of fine accompanists, so it was a real honor to sit in. So thanks to Dorothy Bradley and all the crew for their hospitality, and all the work they do to keep the museum going and to keep silent film in front of today's audiences.

Looking ahead, our annual summer silent film series in Brandon (Vt.) Town Hall starts up this weekend. Opening night features 'The Winning of Barbara Worth' (1926), a rip-roaring Western starring Ronald Colman, Vilma Banky, and a young Gary Cooper. I'll preview that in a separate post, as this one has gone on long enough already. :)