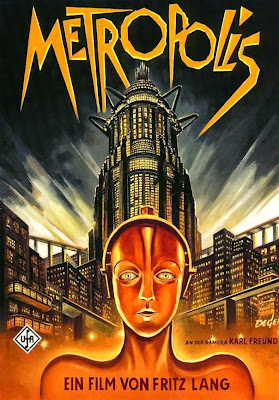 It's back to the future with two screenings of the great sci-fi fantasy 'Metropolis' (1927) coming up in the next couple of weeks.

If you've never seen this film in a theater with live music and with an audience, then you've got at least two chances in June.

In terms of the music, because 'Metropolis' has a sci-fi vibe to it, I allow myself to go a little wild. By that, I mean augment the traditional orchestra sound I usually use with some special effects the synthesizer can do.

I'll post more on this as we get closer to the showdate. For now, here's the press release from the Leavitt Theatre screening (which comes first) to give you more info. Hope to see you there! 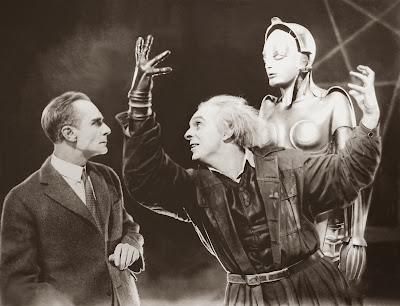 Landmark early sci-fi fantasy movie, with half-hour of rediscovered footage, to be shown with live music

OGUNQUIT, Maine—A silent film hailed as the grandfather of all science fiction fantasy movies will be screened with live music on Thursday, June 5 at 8 p.m at the Leavitt Theatre in downtown Ogunquit. Admission is $10 per person.

The screening is opening night of the Leavitt Theatre's summer-long silent film series, which aims to show the best of early cinema the way it was intended to be seen: on the big screen, with live music, and with an audience.

Music for 'Metropolis' will be performed live by Jeff Rapsis, a New Hampshire-based composer and one of the nation's leading silent film accompanists.

The story centers on an upper class young man who falls in love with a woman who works with the poor, and encompasses mad scientists, human-like robots, underground spiritual movements, and industrial espionage, all set in a society divided between haves and have-nots.

The version of 'Metropolis' to be screened at the Leavitt Theatre is a newly restored edition that includes nearly a half-hour of missing footage cut following the film's premiere in 1927. The footage, discovered in 2008 in an archive in Argentina, has since been added to the existing 'Metropolis,' allowing plot threads and characters to be developed more fully.

When first screened in Berlin, Germany on Jan. 10, 1927, the sci-fi epic ran an estimated 153 minutes. After its premiere, the film's distributors (including Paramount in the U.S.) drastically shortened 'Metropolis' to maximize the film's commercial potential. By the time it debuted in the U.S. later that year, the film ran about 90 minutes. 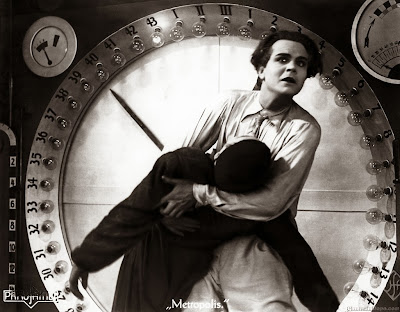 Freder Fredersen (Gustav Fröhlich) gets a taste of working life in 'Metropolis.'

The discovery of such a significant amount of material called for yet another restoration, a 2½-hour version that debuted in 2010 to widespread acclaim. It's this fully restored edition that will be screened at the Leavitt.

"We felt opening night for the Leavitt's silent film series was a great occasion to screen the restored 'Metropolis,' as it's a film all about the future and things to come," said Jeff Rapsis, who provides live musical accompaniment to silent film screenings throughout New England.

" 'Metropolis' stands as an stunning example of the power of silent film to tell a compelling story without words, and reach across the generations to touch movie-goers from the real future that came to pass, which means us."