On different versions of silent films:
It may have no arms, but it's still a masterpiece 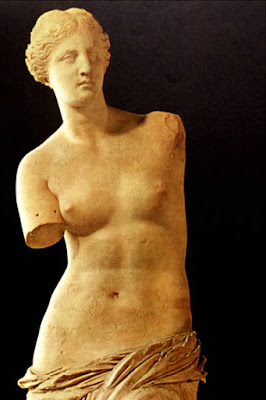 I've recently accompanied two film prints of widely known silent movies that had significant differences from what I expected.

In one case, it was a 35mm print of 'Intolerance' (1916) that was missing dozens of key scenes, often substituted for with frame grabs.

In another case, it was a 16mm print of 'The Passion of Joan of Arc' (1928) that was missing key information in titles, and so didn't make much sense to the audience.

In both examples, I've seen other versions of the films that each had the missing footage or titles. But these prints just didn't have them.

When this happens, I tell people that silent film often has to be considered in the same we the "Venus De Milo" is looked at in sculpture.

Yes, it has no arms. But it's still recognized as a masterpiece.

And the lack of arms is part of the sculpture's greatness, I think, as it shows so visibly the perilous journey of anything from antiquity that has come down to us today.

It also invites us to collaborate, in a way. We can't help but imagine what to us would be the most perfect arms, their position, their placement, and so on.

Like a lot of art, it prompts us to come up with our own visions to complete it. And each person's vision is bound to be unique and different and perhaps more perfect (to you) than any sculptor could have made them.

Same thing in music with Schubert's 'Unfinished' Symphony. Okay, it's missing the last two movements of the typical format of a symphony of its time.

But it stands on its own as a satisfying and complete piece of music. And part of its special beauty is that it leaves us wondering what might have been.

And so it is with a lot of silent film, I say.

Many films, including well-known classics like the two mentioned above, exist in different versions, different formats, and sometimes with significant pieces missing: lost arms, so to speak.

This can seem surprising to people because we live in an age where a movie is always expected to be complete, a whole thing, either in a theater or DVD or online or whatever.

No matter how you watched 'Frozen,' it's the same film.

No so with early cinema, where archaeology is a useful frame of mind to have. Often, to assemble a reasonably complete version of even a well-known title requires pulling material from archives all over the world.

Even at the time of original release, there was often no one definitive version of a film. After releasing 'Intolerance,' director D.W. Griffith would visit projection booths where the film was running and try to edit the prints on the spot! 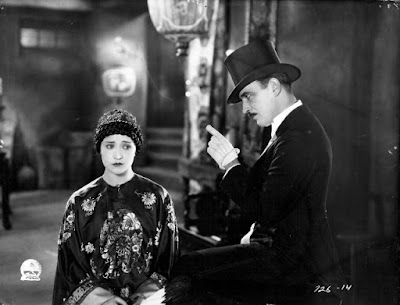 One of the best examples of a film that's missing a big chunk, but still worth watching, is Raymond Griffith's 'Paths to Paradise' (1925), which I'm accompanying next month at the Flying Monkey Moviehouse in Plymouth, N.H. and also the Somerville Theatre in Boston.

In the version that's come down to us, the film ends with a crackerjack cross-country chase worthy of Buster Keaton. In my experience, it never fails to get an audience going.

So afterwards, people are stunned to learn that the film is actually missing its entire last reel!

From what I understand, after a pause for the audience to catch its collective breath, Griffith takes his chase one big step further for the film's real climax.

Does it work? We can't say because no one has ever found a copy of the last reel.

It may still be out there. A century after silent film flourished, reels of original nitrate film turn up in the most unlikely of places.

And while you're at it, if you happen to spot a pair of marble arms, let me know.