"It's got Joan Crawford in it? Does she play the tramp?" Plus thoughts about Harry Langdon 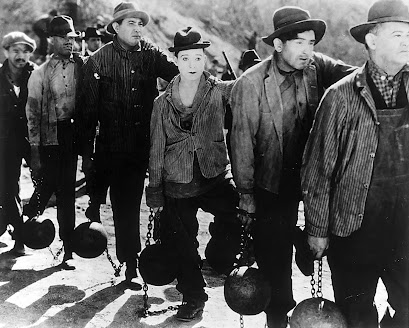 Can you tell? Guess who plays the clown in this picture.

Show time is 7:30 p.m. Admission is $10 per person, which is a difference from the silent films we've run on Sunday afternoons for years.

On Sunday, the screenings have always been free, just like the Kansas Silent Film Festival, so as to encourage the largest possible attendance, because the audience is an important part of the silent film experience.

Yes, donations are accepted. But we've always felt that keeping it open to everyone regardless of ability to pay has improved the experience, and also helped us build and audience over time.

But Silent Comedy Week is intended to help pay the bills at the Town Hall Theatre, which was closed from mid-March to July because of Covid-19, and is now closed again due to a lack of first-run movies to program.

An independent movie theater isn't a public utility. It won't be there if it's not supported, which is something Hollywood doesn't seem to get now that it's sending all the good stuff directly to streaming.

So Silent Film Comedy Week is a way to keep people coming to the theater, and the $10 admission charge is a way to help the Town Hall Theatre pay its bills, which include utilities.

Our first night out, we had 39 people attend Buster Keaton's 'The General.' Pretty good for a Monday night! But then again, Keaton's Civil War masterpiece always attracts an audience.

Alas, I forgot to make my joke about the theater charging 'General' admission. Or that the picture was suitable for 'General' audiences. Double har!

Tonight is the real test: Harry Langdon is a name few recognize. And 'Tramp Tramp Tramp' is a title that's not exactly 'When Harry Met Sally.' I get more flashes of interest when I mention that Harry's love interest in the film happens to be a very young Joan Crawford. 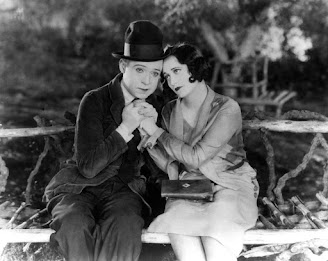 (Last night, this prompted a woman to ask Town Hall Theatre manager Dennis Markevarich: "It's got Joan Crawford in it? Does she play tramp?")

It also helps that the creative team behind 'Tramp Tramp Tramp' included a very young Frank Capra, who would soon be promoted to director on Langdon's next picture, 'The Strong Man.'

So you may not be just wild about Harry, but I hope 'Tramp Tramp Tramp' has enough of interest to convince you to come out of your Covid-19 shell and join us for tonight's screening.

And if you'd like more info, I didn't put out a press release for this specific show, but here's one anyway, just for you, as the Ad Council describes all the things the forest provides in those public service announcements on the radio.

See you tonight! You'll recognize me by the keyboard in front of me. 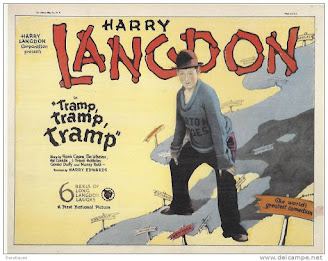 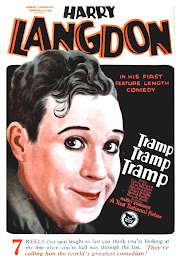 Langdon's popularity fizzled as the movie business abruptly switched to talkies in the late 1920s, but he remains of interest to film buffs today.

The silent film series honors the Town Hall Theatre's long service as a cinema for generations of movie-goers.