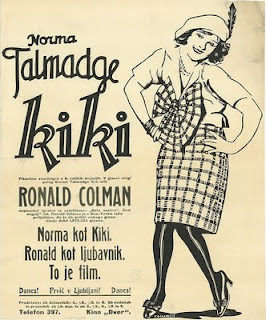 I regret any confusion caused by prior announcements confidently stating that the show would go on. Well, Mother Nature had other ideas, so we're postponing the show until a week later, on Labor Day weekend. Hope a few more folks will be able to make it, as these two films make a great conclusion to our 'Silent Summer Romance' series.

In any case, it's all for the best as I seem to have developed an acute case of tennis elbow in my left arm. Youch! So I'm laying off the keyboard for a few days in hopes that it clears up. For now, it's icepack city.
Posted by Jeff Rapsis at 9:18 PM