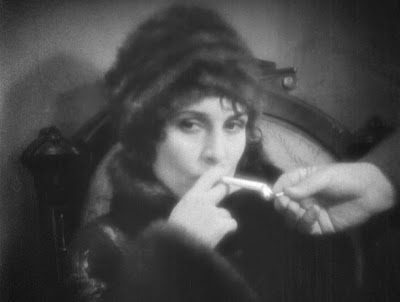 Smoking may not be good for you. But it's great for certain silent films.

That's what I'm thinking as I prepare to do music for 'The Last Command' (1928), being screened on Friday, Aug. 15 at Red River Theatres in Concord, N.H.

The story of a Czarist General whose life changes forever during the Russian Revolution, it's an epic picture that won Emil Jannings (that's him below) the first-ever Best Actor Academy Award. 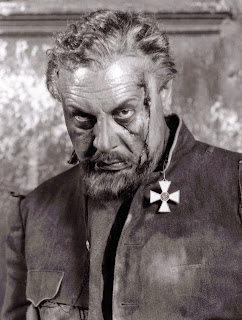 It's also a fitting way to commemorate this summer's 100th anniversary of the events that plunged Europe and then the world into what we now call World War I.

So with all that going for it, why cigarettes?

Because cigarettes, and the various ways they're handled, are an important method of communication in 'The Last Command.' If you join us for this marvelous film (and I hope you do), watch for how cigarettes are used to show the changing relationships between the characters.

That's all I'll say for now. But I point it out because it's something I didn't notice when I first encountered this film, perhaps because (like everyone else these days) I'm not really literate in reading a film visually in the way that the best silent films demand. Or maybe I'm just slow on the uptake.

Either way, it's a great example of how the limitations of silent film (no dialogue) prompted directors to find purely visual ways to tell their stories on the big screen. The fewer intertitles (words on the screen), the better.

Keep in mind that Josef Sternberg, director of 'The Last Command,' had a background in painting and the visual arts. So he was particularly attuned to how on on-screen image was arranged and lit, and how the eye consumed it. And all that is used to great effect in 'The Last Command.'

And then there's that Best Actor award. There are few moments in cinema more electrifying than watching Emil Jannings go berserk at the climax of 'The Last Command.' So come see it!

How about another cigarette reference? No butts about it!

For more info, check out the press release below... 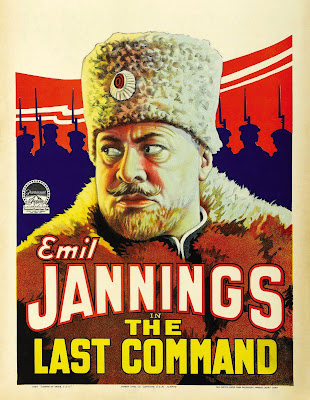 Live music for the screening will be provided by Jeff Rapsis, a New Hampshire-based musician recognized as one of the nation's leading silent film accompanists.

Rapsis will create the film's score live as the movie is shown by improvising music based on original melodies created beforehand.

Rapsis accompanies films using a digital synthesizer to recreate the texture of a full orchestra. He has performed live film scores at events ranging from the Kansas Silent Film Festival to the Cinefest vintage film convention in Syracuse, N.Y., and last year collaborated with Academy Award-winning film historian Kevin Brownlow on a silent film program at the University of Arkansas at Fayetteville.

'The Last Command,' directed by Josef von Sternberg, tells the sweeping story of a powerful general in Czarist Russia (Jannings) forced to flee his homeland during the Bolshevik revolution. He emigrates to America, where he is reduced to living in poverty.

Finding work as an extra at a Hollywood studio, the former general lands the part of a commanding officer in a movie about the revolution, causing flashbacks to his traumatic experiences. The conflict leads to a spectacular climax and a towering performance that earned Jannings 'Best Actor' honors.

The film takes audiences on a journey through big emotions as well as issues of history, time, power, and especially a man's duty to his country and to his fellow citizens—and what happens when the two obligations diverge. 'The Last Command' is also one of early Hollywood's most creative and challenging looks at the conflicts of World War I, which began 100 years ago this summer. 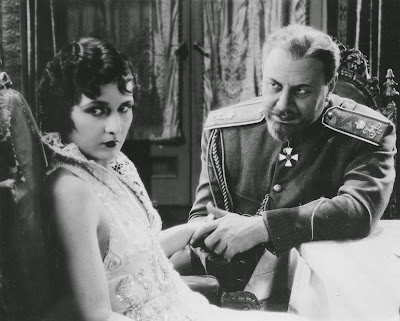 Evelyn Brent and Emil Jannings get to know one another in 'The Last Command' (1928).

"Dramas such as 'The Last Command' were created to be consumed as a communal experience," Rapsis said. "With an audience and live music, they still come to life as their creators intended them to. This screening at Molloy College is a great chance to experience films that first caused people to fall in love with the movies."

• Friday, Oct. 24 at 7 p.m.: 'Nosferatu' (1922). Celebrate Halloween by experiencing the original silent film adaptation of Bram Stoker's famous 'Dracula' story. Still scary after all these years—in fact, some critics believe this version is not only the best ever done, but has actually become creepier with the passage of time.