Keaton's 'The General' at Coolidge Corner on Wednesday, 4/13, plus a question of volume Coming up: I'll be doing live music for a screening of Buster Keaton's 'The General' (1926) at the Coolidge Corner Theatre on Wednesday, April 13.

It's a special occasion because Slate film critic Dana Stevens, author of a new book on Keaton, will be on hand for a Q & A after the show. It'll be moderated by local film guru Ty Burr.

'Camera Man,' which came out a few months ago, has been rapturously received, and has led to a host of Keaton screenings this year. (I had the privilege of doing an earlier one with Stevens in Newport, R.I. this past February.)

So march on down to the Coolidge Corner to see Keaton's masterpiece on the big screen, and meet the author of a brand new book that puts Keaton's work in the context of his early-20th-century times. 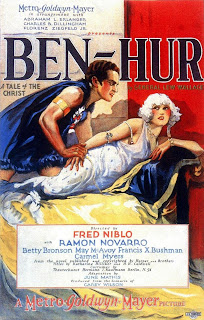 For now, a few thoughts about volume inspired by yesterday's screening of 'Ben Hur' (1925) at the new Showroom venue of the Colonial Theatre in Keene, N.H.

This is a surprisingly touchy subject, as there's apparently a vast range of perceptions of what's appropriate volume for silent film accompaniment.

Yesterday, I arrived early to set up and work with the house tech to set the sound levels. Each house is different, and the Showroom is a venue I've only played once before, so it's important to take time to set up the audio.

Keeping my keyboard volume output at mid-range, we worked out the levels, checking each of my synth settings to make sure everything was acceptable in the house. I felt it sounded a bit dry, so just a touch of reverb was added to the main orchestral setting I planned to use. Great!

(The reason to keep my synth output at mid-range is because I need that level to make use of the various volume levels the touch-sensitive keyboard is capable of producing. I find I can't do that effectively if the output is below mid-range: level 5 out of 10.)

We also have to account for the fact that in most places with house sound (such as the Showroom), a good amount of sound volume passes over my head (down at front) and so audiences can sometimes receive significantly more volume than I hear.

Okay, fine. Because I work primarily in improv and create the accompaniment live and in the moment, it's my preference to sit at the keyboard for at least a half-hour before a show: warming up, working through material, and just getting into the zone. For me, it's hard to start a film just cold—it's not like pressing a button.

But because people are filing into the theater, during this time I've found it's helpful to temporarily take my volume output down to about 2 out of 10 as a courtesy. That way people can hear each other talking, while I can still do my thing, even though it's not the volume I'll be working with for the film. 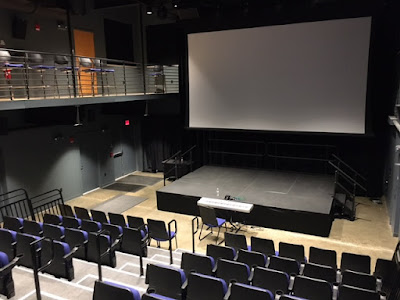 So this is what I was doing yesterday when I noticed it was 10 minutes to showtime, and I hadn't thought to yet use the bathroom. (Very important in advance of a 2½-hour film.) So I switched to some synth-generated pattern music and got up to take care of business.

That's when someone from the theater came up to me with a concerned look on her face. People were complaining, she said, that the music was much too loud and that we needed to take the volume down somewhat.

Really? I've gotta tell you, I like to think I'm easy-going and welcome feedback and would do whatever it takes to accommodate an audience. But right in front of creating live music for a challenging and marathon-length film, this is not the thing to hear.

(Even worse: a few years ago, someone came down to the keyboard in the middle of a show in progress at the Leavitt Theatre in Ogunquit, Maine and placed a folded-up note on the keyboard, for Pete's sake. Using one hand, I opened it to read "MUSIC TOO LOUD!")

Maybe it's a weakness on my part, but I find this kind of thing really throws me when it comes right before I'm about to commit to an improv accompaniment journey of some length, and which will require some concentration—especially after we've taken time to set levels that everyone agreed were acceptable.

And it's especially discouraging when I've deliberately been playing at a quiet level as a courtesy, and then to be told it's still too loud?

Would people stop a tightrope walker just before he or she steps out on the wire above Niagara Falls to tell them they don't approve of the type of wood being used in the balance pole?

I strive not to be the temperamental artist type, but jeez. This is me, baring my soul in music in hopes of bringing to life a worthy cinematic experience, and I'm being told to keep it down lest it interfere with someone's enjoyment of the film?

Well, why don't I just stop playing altogether? Maybe then everyone will be happy?

Of course I didn't speak those words. I told the theater woman we'd see what we could do. In introducing the film, I addressed it openly: we'd had some complaints, but here's the situation. This is a BIG film, I said, and at times the music will be BIG as well.

However, it's still a new venue to me, I said, so I'll do my best to keep things at a level we can all find generally acceptable. But people have to understand: this is not background music. At its best (if I'm doing it effectively) it's a crucial part of the experience.

I think I run into trouble when people new to the experience expect the accompaniment to be background music, or (even worse) something that's optional or just decoration.

Well, no. In silent film, although music generally shouldn't be noticed on its own, it's often a full player in the overall experience. That was true then, and it's still true now.

So while it shouldn't gratuitously call attention to itself, the music should have a presence. And in some cases, it really should be pretty darned big and bold.

Take 'Ben Hur.' You really can't play quiet stuff during the sea battle scene or the famous chariot race. So if I'm at the keyboard, it's going to be loud, exciting, dramatic, and all that.

In the end, I was able to pull it together yesterday. No one covered their ears or walked out that I'm aware of, anyway. When it was over, we had nice comments and good questions. I made my usual joke about checking with the Diocese of Manchester to confirm that attending a screening of 'Ben Hur' did not count as attending Mass. Thank you and have a good night!

I don't know. Maybe I'm looking at this wrong way. Maybe I should really amp up the volume, and then supplement my income by selling over-priced ear plugs. Or possibly sell stationery so people can write me letters to be delivered in the middle of a performance.

Even if I go ahead with those ideas, they won't be ready in time for Wednesday's screening of 'The General' at the Coolidge Corner. Here's the promised press release with all the details! 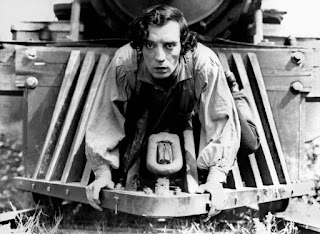 Buster Keaton in 'The General.'

Buster Keaton's 'The General' with live music at Coolidge Corner on Wednesday, April 13

BROOKLINE, Mass.— He never smiled on camera, earning him the nickname of "the Great Stone Face." But Buster Keaton's comedies rocked Hollywood's silent era with laughter throughout the 1920s.

See for yourself with a screening of 'The General' (1926), one of Keaton's landmark feature films, on Wednesday, April 13 at 7 p.m. at the Coolidge Corner Theatre, 290 Harvard St., Brookline, Mass.

The show is the latest in the Coolidge Corner's acclaimed 'Sounds of Silents' series, which gives audiences the opportunity to experience early cinema as it was intended: on the big screen, with live music, and with an audience. 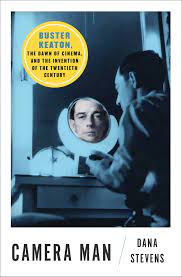 The screening will be followed by a Q & A with Slate film critic Dana Stevens, author of 'Camera Man,' a newly published book exploring Keaton's work in the context of 20th century history.

Stevens’s book will be for sale after the screening, courtesy of Brookline Booksmith. The Q & A will be moderated by Boston-based critic Ty Burr.

With Center for the Art's screening of 'The General,' audiences will get a chance to experience silent film as it was meant to be seen—in a high quality print, on a large screen, with live music, and with an audience.

"The most insistently moving picture ever made, its climax is the most stunning visual event ever arranged for a film comedy."
—Walter Kerr, author of 'The Silent Clowns'

‘The General’ (1926) starring Buster Keaton will be shown with live music on Wednesday, April 13 at 7 p.m. at the Coolidge Corner Theatre, 290 Harvard St., Brookline, Mass. as part of the theater's 'Sounds of Silents' series. Admission is $23 per person. For more info and to buy tickets, visit www.coolidge.org or call (617) 734-2500. For more about the music, visit www.jeffrapsis.com.