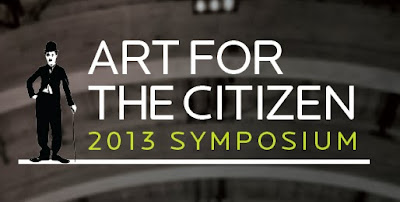 The fun begins with a reception this evening!

A summer-like morning saw me head over to the campus of Washburn University in Topeka, Kansas, where major construction is underway on 17th Street. But that didn't stop the Great Early Fall 2013 Silent Film Accompaniment Road Trip.

I popped into the music department, where I borrowed the use of a piano in for a couple of hours to review material, and then hit the road for the trip to Bentonville, Ark., home of the Crystal Bridges Museum of American Art, where I was on that evening for the opening reception of the 'Art for the Citizen' symposium.

Uneventful drive through Missouri on newly christened "Interstate 49," formerly just U.S. Route 71. If you travel this road, ignore all the signs for pecans and stop at Butler, Missouri for the donuts at Koehn's Bakery.

Due at the museum at 6 p.m., so thought I was cutting it close in getting to Bentonville at 5:30 p.m. Turned out my car clock was ahead one hour! For once I had time to spare, which was good, because the elevator where we stayed has to be the slowest in the Western Hemisphere.

Many luminaries on hand. Met Chaplin expert Hooman Mehran in the lobby, and some other university folks here for the museum's symposium.

Then over to Crystal Bridges, a brand spanking new museum funded by Wal-Mart money. (Bentonville is Ground Zero for the Walton family and Wal-Mart, which was founded here in 1950.) It's quite a place, part museum and part airline terminal, all set on a surprisingly vertical site and with water everywhere.

I found Frank Scheide from the University of Arkansas at Fayetteville carrying the promised keyboard, which turned out to be a lightweight all-plastic Yamaha model that could be held under one's arm. Uh-oh!

We set it up and it turned out to be better than I expected. We couldn't get the sustain pedal to work properly, so I futzed with the thing until I found a theater organ setting that sounded effective, and that's what I used.

More luminaries, including Steven Byess, conductor of the Arkansas Philharmonic, which is doing a live score to a screening of Chaplin's 'City Lights' (1931) on Sunday after just two rehearsals. (I wish him luck with that and wish I could get back here to see it!) 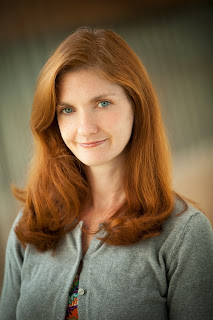 Also met the charming Sara Segerlin of Crystal Bridges after much e-mail correspondence (that's her on the right) and traded glances with Kate Guyonvarch of the Chaplin office, whom I'd love to chat with more extensively if the chance arises.

Small group on hand in the museum's 'Great Hall' for opening night of the symposium, which happened to coincide with the 100th anniversary of Chaplin signing his Keystone contract. Got a chance to speak beforehand, so said that in honor of the anniversary and to pay homage to the spirit of the Little Tramp, everything I was wearing had been purchased two days ago in a Topeka thrift store.

Accompanied 'The Immigrant' as best I could. The film got a good reaction, and so afterwards, Frank asked if people would like to see one more. Yes! So we went right into 'The Adventurer,' which was a little more assured, except things got a bit frantic in the last few minutes.

Finished the night with a "Jamocha" shake from Arby's, a rare culinary treat for me.