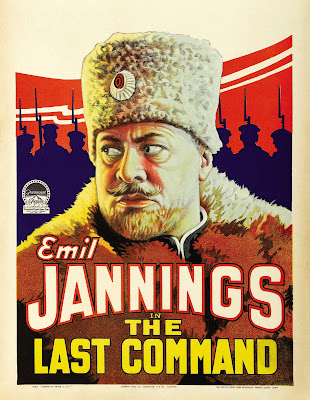 Quick post in advance of heading out to Brattleboro, Vt., where tonight I'll accompany the great Josef Sternberg drama 'The Last Command' (1928).

Come join us! The show starts at 8 p.m. at Epsilon Spires performance space, with music on the venue's Estey pipe organ augmented by digital synthesizer.

It's worth attending, as the performance of Emil Jannings is one for the ages. Playing a deposed Czarist general forced to act out his personal drama on a Hollywood set, it's really something to see him go completely berzerk.

See for yourself. More info in the press release below. 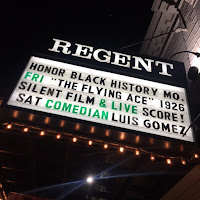 For now, let me thank Leland Stein and the staff at the Regent Theater in Arlington, Mass. for their willingness to screen 'The Flying Ace' (1926) in observance of Black History Month.

Last night's show attracted a small audience, which surprised me. 'The Flying Ace' was recently added to the National Film Registry by the Library of Congress. As a rare surviving "race drama" intended for segregated movie theaters, you'd think it would be of more interest. After all these years, I think it has a lot to say to us

Well—I'll accompany it again on Wednesday, Feb. 23 up at Red River Theatres in Concord, N.H. But right now I have to hit the road to make it through snow squalls over the river (the Connecticut River) and through the woods to Brattleboro and 'The Last Command.'

See you there tonight! 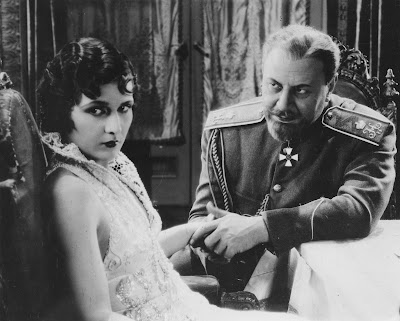 Admission is $15 per person. Tickets may be purchased in advance at www.epsilonspires.org or at the door.

Rapsis, the accompanist, will create the film's score live as the movie is shown by improvising on the venue's historic Estey pipe organ, built in Brattleboro and installed in 1906.

Critic Leonard Maltin hailed 'The Last Command' as "a stunning silent drama...a fascinating story laced with keen observations of life and work in Hollywood." Time Out of London called it "the first Sternberg masterpiece, expertly poised between satire and 'absurd' melodrama. The cast are fully equal to it; Jannings, in particular, turns the characteristic role of the general into an indelible portrait of arrogance, fervor and dementia."

"Dramas such as 'The Last Command' were created to be consumed as a communal experience," Rapsis said. "With an audience and live music, they come to life as their creators intended them to. This screening at Epsilon Spires is a great chance to experience films that first caused people to fall in love with the movies."
The non-profit Epsilon Spires, housed in Brattleboro's former Baptist church, builds connections between art and science by offering provocative performances and events, interactive art installations, and opportunities to engage in civil discourse by addressing current topics through the integration of diverse forms of expression.

'The Last Command' (1928) will be screened with live music on Saturday, Feb. 19 at 8 p.m. at Epsilon Spires, 190 Main St., Brattleboro, Vt. Admission is $15 per person. Tickets may be purchased in advance at www.epsilonspires.org or at the door.